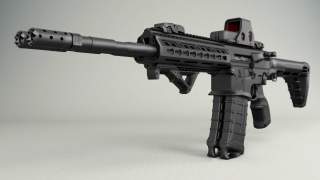 Key Point: It’s the civilian market, primarily in America, where this gun should find buyers.