Pakistan's Nuclear Weapons Pose A Global Danger. What Can Be Done? 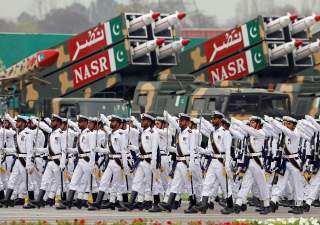 Pakistani nuclear doctrine appears to be to deter what it considers an economically, politically and militarily stronger India. The nuclear standoff is exacerbated by the traditional animosity between the two countries, the several wars the two countries have fought, and events such as the 2008 terrorist attack on Mumbai, which were directed by Pakistan.​