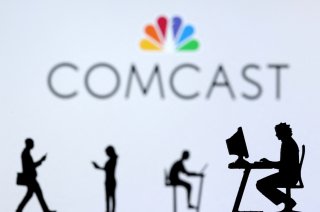 In the quarter, cable companies lost 825,000 subscribers, the “other” category lost 625,000, and vMVPDs lost 505,000. Every provider listed in the survey lost subscribers in the quarter.

On the cable side, Comcast lost 512,000 subscribers, Charter lost 112,000, and Cox dropped 80,000. Altice lost 73,600 in the first quarter. In late April, Comcast and Charter, who are the two largest cable companies in the United States, announced a joint venture to develop new streaming products. Comcast, as of the end of the first quarter, had 17.6 million subscribers while Charter had 15.7 million.

In the “other” category, which consists of telco and satellite companies, DirecTV lost an estimated 300,000 subscribers in the quarter, while Dish TV lost 228,000. Since DirecTV is no longer a public company, its results are only an estimate.

Alphabet does not release quarterly subscriber results for YouTube TV, so that is not included in the Leitchman survey. However, one report stated that the Google Services division had strong results, which were driven by “more subscribers for YouTube TV, as well as YouTube Music and Premium.”

Leichtman had reported back in March that the major pay-TV providers had lost about 4.7 million subscribers over the course of 2021 after losing 4.87 million the previous year. In 2021, the cable companies lost about 2.7 million net subscribers, the “other” category lost about 2.9 million, and vMVPDs gained 895,000.