Pell Grants are Getting Their Due in the 2020 Campaign 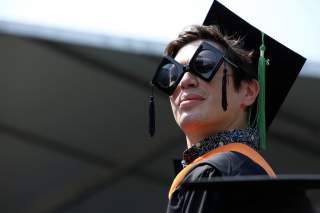 Just as it did in the 2016 election, college affordability has become a critical issue in the 2020 election.

One key difference, however, is unlike in the 2016 election, which was largely devoid of any talk about increasing Pell Grants for students from low- and moderate-income families to pay for college, this time around Pell Grants are part of the discussion.

Leading Democratic candidates – Bernie Sanders, Kamala Harris, Elizabeth Warren and, most recently, Joe Biden – have floated their own proposals. Biden’s plan – released in October 2019 – distinguishes itself from those of his competitors, however, by recognizing the important role that Pell Grants do and should play in paying for higher education.

Biden has proposed to double the maximum Pell Grant award from its current level of US$6,195 per year to $13,000 annually. This would be an important first step and a well-targeted approach to addressing the college financing needs of low- and moderate-income students. It is also a much more effective approach, in my view, than those proposed by his competitors of simply making college free for everyone – a step that would waste billions by forcing taxpayers to subsidize the college education of students from wealthy families.

What are Pell Grants?

Pell Grants were created in the 1972 reauthorization of the Higher Education Act. This academic year they provide grant aid of up to $6,195 to students from the neediest families. These grants, which used to cover almost the entire cost of a college education for poor students, today cover less than a third.

In the 2017-2018 academic year, 7 million undergraduates, or about one in every three undergraduates across the nation, received a total of about $28 billion in Pell Grants.

For most students, the funding they receive from the Pell program outstrips what they receive in aid from either their state or the institution they attend.

Using data from the U.S. Department of Education, I calculated that the average Pell Grant recipient received an amount from that program that was approximately three and a half times greater than what they received in state grant aid and twice the amount of scholarship assistance received from the institution attended.

In a book I edited in 2011, I demonstrated that back in the 1970s, a student attending a public, four-year university and receiving the maximum Pell Grant would have approximately 80% of the price of her college education – tuition, room and board – covered by the grant.

If the student had no resources of her own to contribute, the remaining 20% of the cost was often made up through state grants, scholarships from the university, work-study earnings and perhaps a small amount of student loans.

Today the maximum that a Pell Grant covers is only about 29% of the price of attending college for that same student. The erosion in the value of the grant is due to two reasons: 1) the rising price of college attendance and 2) a drop in the real value of Pell Grants.

Pell Grants, in contrast, have grown much less rapidly. The maximum grant increased only 31% in inflation-adjusted dollars during this same period.

In the latter half of the 1980s and through most of the 1990s, Congress and the administrations of presidents Ronald Reagan, George H.W. Bush and Bill Clinton did not maintain the purchasing power of Pell Grants when they funded them at levels that did not keep up with the rise in college prices.

The maximum Pell Grant actually dropped 19% in real dollars between 1985 and 1996. While federal funding over the last two decades has allowed it to regain some of its value, the maximum Pell Grant today is still at about the 1975 level in inflation-adjusted dollars, while college prices have continued to rise.

Eligibility for Pell Grants has roughly stayed the same since the program was created over 45 years ago. The grants are highly targeted at students with incomes below the median in the country, about $63,000 today, with the poorest students generally receiving the largest grants.

It is fairly certain that tuition prices will rise in the coming years. This will cause the value of the Pell Grant to erode even further unless Congress and the next administration take proactive steps to return its purchasing power to its level of four decades ago.

Biden’s plan does not specify over what period he would double Pell Grants, but let’s assume he is able to accomplish this during the first term of his administration if he is elected. This would require that funding for the maximum Pell Grant increase about 19% a year, an amount that is certainly well beyond the increases enjoyed over the program’s recent history. However, this is not an unreasonable sum if he can get support from Congress for this goal, and would roughly double the cost of the program from about $28 billion today to $56 billion.

Assuming college prices in public four-year institutions increase 3.4% per year (the rate of increase over the last 10 years in this sector), a $13,000 Pell Grant would have a purchasing power of 50% of tuition, room and board in 2024, based on my calculations. It’s not nearly at the level of the 1970s but an important step forward.

While free college tuition for all may be popular in a campaign stump speech, the reality is that it would be extraordinarily expensive and still would not address the college financing demands of the nation’s neediest students. Meanwhile, it would funnel billions of taxpayer dollars to wealthy families. Focusing additional funding on Pell Grant recipients would be much more efficient and enable more students to earn college degrees.

[ You respect facts and expertise. So do The Conversation’s authors and editors. You can read us daily by subscribing to our newsletter. ]