Pelosi: 'I Think Russia Had a Hand' in Ukraine Scandal 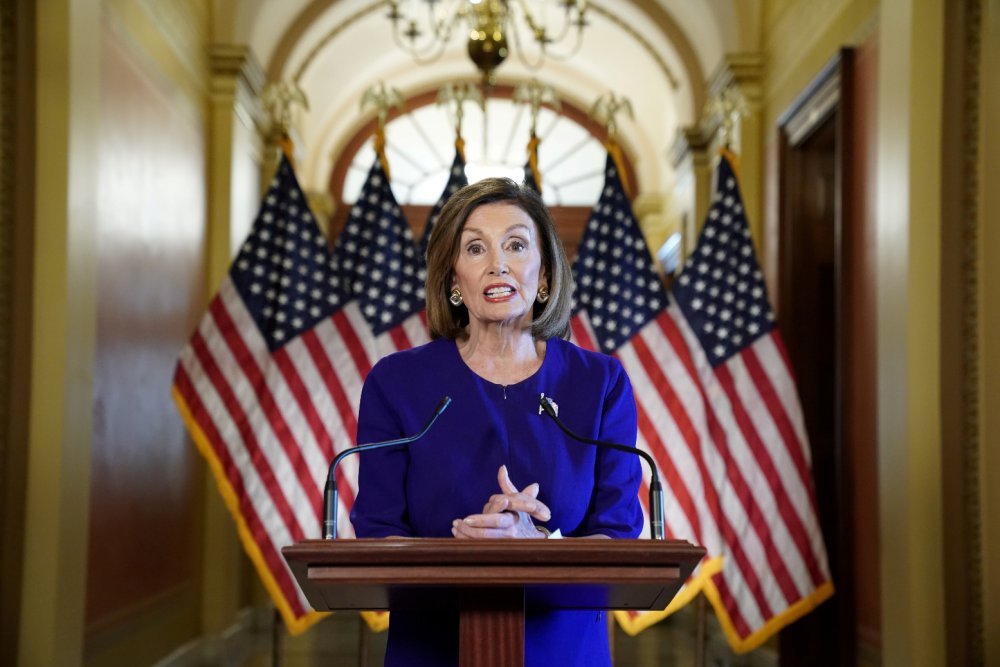 Trump’s decision to suggest Ukraine should investigate Biden’s actions in the Eastern European country is an example of the president’s use of a foreign country to intervene in American elections, Pelosi told MSNBC host Joe Scarborough. The California lawmaker also speculated that Russia was behind the move.

She also acknowledged that it’s fine for Trump to keep some conversations with foreign leaders secret. “Let me just say that I fully appreciate the need for a president of the United States to have conversations with leaders of other countries and that some of that may want to be held close to the vest as part of his job,” Pelosi said.

Pelosi went on to add several caveats, telling Scarborough it is not part of the president’s job to “shake down” another world leader using taxpayer dollars. Her comments came after Trump admitted to mentioning Biden and his son’s business ties in the discussion with Ukrainian President Volodymyr Zelensky.

The California Democrat then went on to suggest maybe Russia was behind the ruse.

Pelosi met with the House Democratic caucus Tuesday before officially announcing the impeachment inquiry regarding a whistleblower complaint laying out Trump’s conversation with Zelensky, coming several months after Pelosi maintained the Democratic Party was far from an impeachment push.