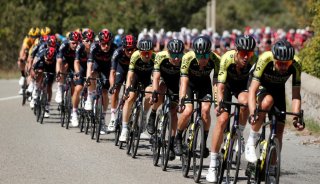 Few companies performed better during the lockdown phase of the pandemic than Peloton. With most American stuck inside, many of them bought Peloton bikes and other products, while also signing up for pricey subscriptions. This led, predictably, to huge growth for the company.

But with the pandemic receding, Peloton hasn’t been able to keep up the growth, or anything close to it. This led to an executive shakeup in February, with the CEO stepping down, as well as layoffs. The company also announced that it was raising prices on subscriptions while cutting them for bikes and treadmills.

And on Tuesday, it announced another tough quarter, with even steeper losses than expected. The company posted a loss of $757.1 million, compared to $8.6 million in the same period a year earlier, per CNBC.

“The balance sheet challenge has been managing inventory. We have too much for the current run rate of the business, and that inventory has consumed an enormous amount of cash, more than we expected, which has caused us to rethink our capital structure,” the company’s new CEO, Barry McCarthy, said in an investor letter released Tuesday morning.

McCarthy also announced that the company has borrowed a large amount of cash.

“We finished the quarter with $879 million in unrestricted cash and cash equivalents, which leaves us thinly capitalized for a business of our scale. Earlier this week we took steps to strengthen our balance sheet by signing a binding commitment letter with JP Morgan and Goldman Sachs to borrow $750 million in 5-year term debt. I want to thank everyone involved for their hard work in completing this important financing and look forward to reporting on our progress in reshaping Peloton’s business in the quarters ahead.”

There have been rumors in recent months that Peloton could become an acquisition target. A Wall Street Journal report earlier in the week stated that Peloton was looking to sell off a 15 to 20 percent stake, in order to “shore up” its business. It’s not clear who would buy the stake, but “industry players” and private equity firms are said to be in the mix.

Blackwells Capital, an activist shareholder in the company, has been pushing for a sale, even after the recent executive changes.

“Two months have passed since John Foley was promoted into the role of Executive Chairman and Barry McCarthy came out of retirement to assume the post of CEO,” Jason Aintabi, the chief investment officer of Blackwells, said in a statement in April.

“Remarkably, shareholders are worse off now than before.” The statement also called on Foley to “recognize his own limitations and the dampening effect his control has on public market investors by immediately eliminating the dual class structure,” adding that he “appears to be under extreme duress.”