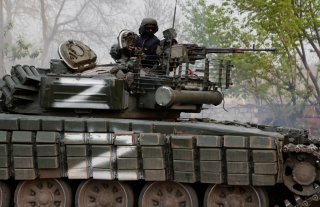 The Pentagon is openly acknowledging that U.S. surveillance and intelligence capabilities are aiding Ukraine’s fight against Russian forces, even as U.S. officials declined to elaborate on the nature of the intelligence provided.

Separately, the Defense Department has acknowledged providing Ukraine a number of critical intelligence gathering resources to include hand-launched mini-drones and Navy Unmanned Surface Vessels to protect the Ukrainian coastline along the Black Sea. As part of the overall equation, NATO and the United States also operate surveillance assets outside of Ukraine with high-fidelity sensors, datalinks, and cameras capable of gathering and disseminating critical navigational and force position data to Ukraine. This likely proves quite useful detail regarding Russian troop movements, supply lines, and avenues of approach.

“We do provide them useful intelligence, timely intelligence, that allows them to make decisions to better defend themselves against this invasion. And -- and I think the less said about that, honestly, the better,” Kirby said.

Providing exact location details or targeting specifics related to individuals such as Russian generals may not fall within the realm of what’s called SIGINT, or signals intelligence, and therefore be outside of the scope of what the Pentagon is providing. Of course, it could be quite difficult to identify the exact whereabouts of one individual among thousands of forces merely using drone data links, video surveillance, or overhead aircraft sensors, unless a general “area” of some kind were identified. However, precision “targeting” of Russian leaders for Ukraine is something the Pentagon clearly says it is “not” doing. Surveillance data provided by U.S. or NATO assets would potentially be merged with other sources of non-U.S. provided intelligence information of relevance to Ukraine, which is likely why Kirby emphasized that Ukraine has various methods of intelligence gathering, performs its own analysis, and makes its own decisions regarding how to act upon intelligence information.