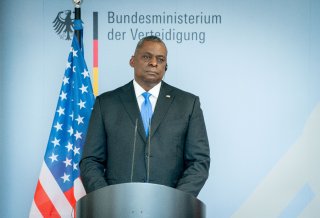 The Don’t Ask, Don’t Tell policy began early in President Bill Clinton's time in office. Clinton had vowed to lift the military’s ban on gay servicemembers but compromised following heavy resistance. Gay servicemembers still could not openly serve, but their superiors were not allowed to ask them if they were gay.

The statute putting into place stated that “the presence in the armed forces of persons who demonstrate a propensity or intent to engage in homosexual acts would create an unacceptable risk to the high standards of morale, good order and discipline, and unit cohesion that are the essence of military capability.”

Don’t Ask, Don’t Tell remained the law until the Obama administration repealed it. The legislation was signed in late 2010, allowing gays to serve openly in the military. Once, as mandated, the president, secretary of defense, and chairman of the joint chiefs agreed that the repeal would not do any harm, the policy was officially ended in September of 2011.

Eleven years after the end of the policy, the Pentagon has issued a report laying out the entire history of the debate and the implementation of the repeal. The report also addresses whether fears expressed during that long debate have come to fruition. The conclusion? They haven’t.

“The DOD implemented repeal of DADT in three stages: initial administrative planning, implementation, and sustainment,” a summary section in the report says. “Although implementation began with a staggered start, training was underway in each of the Services by the end of February 2011. The House held two hearings in early April to review the Defense Department’s implementation plan. Undersecretary Stanley and Vice Adm. William Gortney (the DJS) appeared before the Subcommittee on Military Personnel, while the four Service Chiefs appeared before the full HASC. They all testified that implementation was progressing swiftly and without incident.”

“In the end, lifting the ban on open homosexuality proved to be, for the most part, a nonissue. Army Gen. Martin Dempsey, eighteenth Chairman of the JCS, reported a year after repeal that the new policy had had no impact upon the combatant commands.”

In July 2017, then-President Donald Trump suddenly announced plans to ban transgender service members from the military. Courts issued injunctions blocking the ban for a time, which was revised repeatedly until transgender people were again allowed to serve openly once President Biden assumed office in early 2021.