The Pentagon Is Focused on Building a Better Interceptor System 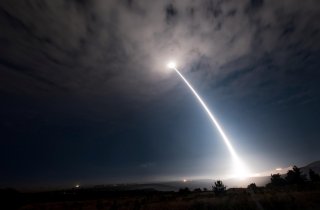 The Missile Defense Agency’s (MDA) 2023 budget includes an emphasis on research and development to improve command and control technology for the Ground-Based Interceptor (GBI). The goal is for command and control system to be able to relay information to interceptor kill vehicles to improve the ability to destroy an incoming enemy intercontinental ballistic missile (ICBM).

Upgraded command and control technology involves the integration of new components into data terminals and communications networks. The system is meant to increase reliability of the Ground-Based Midcourse Defense (GMD) system.

The Department of Defense wants to make sure it sustains and upgrades its existing GBIs while the NGI continues its development. That will ensure missile defenses are in place until the new system is operational.

The NGI is expected to include sensing technologies able to discern, track, and intercept multiple incoming threats at one time. It is likely to use several distinct, networked “kill vehicles.”

While a Ground-Based Interceptor (GBI) travels into space to engage an ICBM, sensors and communications technology are needed to connect with the interceptor prior to engagement.

Improvements to the system should consolidate servers to boost efficiency and reduce the hardware footprint. Modern computing technology has enabled Northrop Grumman engineers to compress nine racks of servers into a single rack.

Having fewer hardware components on a GMD system is expected to improve the reliability of a GBI as it ignites and is guided into space.