Pentagon Reveals It Is Giving Ukraine Intelligence for Donbas Operations 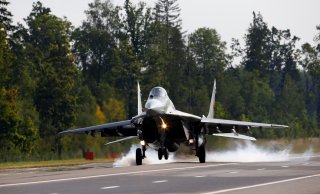 U.S. defense secretary Lloyd Austin said publicly for the first time that the United States is providing Ukraine with intelligence to help its armed forces conduct operations against Russia in the eastern Donbas region.

“We are providing them intelligence to conduct operations in the Donbas,” said Austin during a hearing before the House Armed Services Committee on Thursday. Echoing Austin’s comments in an interview with CNN, a senior defense official said, “We continue to provide useful information and intelligence to the Ukrainian Armed Forces in their fight.” “As that fight migrates more to the Donbas region, we will adjust our information content and flow as required.”

The Russian military announced late last month that it is “drastically” scaling back its operations in Kiev and Chernihiv to focus on the Donbas region.

Austin’s statement marks the first time that a U.S. official has publicly acknowledged Washington’s role in supplying Kiev with military intelligence related to operations in the Donbas region.

The Biden administration has previously sent mixed signals on the precise steps it is taking to supply Ukraine with military intelligence. “We’ve continued and consistently shared a significant amount of detailed, timely intelligence on Russia’s plans and activities with the Ukrainian government to help Ukrainians defend themselves,” White House press secretary Jen Psaki said last month.

But there are still questions regarding the scope and nature of this cooperation. The chairman of the Armed Services Committee, Rep. Adam Smith, told MSNBC on March 3 that the United States is giving certain intelligence to Kiev, but it is not “providing the kind of real-time targeting” that “steps over the line to marking us participating in the war.” Austin’s brief remarks did not conclusively clarify whether or not Washington is providing Ukraine with real-time targeting data. Pressed by Sen. Tom Cotton for additional details, Austin conceded that the “current guidance was not clear in that regard” and promised that the Pentagon will work to “make sure it’s clear.”

Biden administration officials announced within several weeks of the Russian invasion that the White House had modified existing internal guidelines to clear any bureaucratic roadblocks that would prevent the Pentagon and U.S. intelligence services from sharing information with Ukraine.

Reports emerged this week that Washington is weaponizing “declassified intelligence,” even when the information cannot be confirmed, to undermine and disrupt the Russian war effort. “It doesn’t have to be solid intelligence when we talk about it,” a U.S. official told NBC News. “It’s more important to get out ahead of them—Putin specifically—before they do something. It’s preventative. We don’t always want to wait until the intelligence is 100 percent certain that they are going to do something. We want to get out ahead to stop them.”