The Peregrine Air-To-Air Missile Is a New Weapon, but Does Anyone Want It? 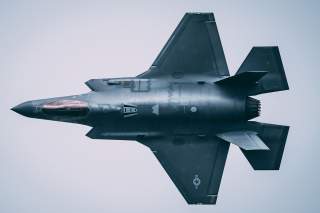 Key point: There are always better weapons, but that doesn’t mean the military will buy them.

18 Sept. 2019 -- The new missile is half the size and expense of current medium air-launched missiles but has greater range and effectiveness. Designed to be used against drones, manned aircraft, and cruise missiles, it's compatible with fourth- and fifth-generation fighter aircraft.

According to Raytheon, the Peregrine air-to-air weapon is faster and more maneuverable than the present inventory of medium-range, air-to-air missiles and boasts an advanced, miniaturized sensor, guidance, and propulsion systems for detecting and tracking moving or stationary targets at any time of day and in any weather condition.

Peregrine reportedly has a multi-mode autonomous seeker that includes infrared imaging technology. There's no word yet if the U.S. Department of Defense will commit to buying the Raytheon Peregrine missile to replace or augment the AIM-9 Sidewinder and the AIM-120 AMRAAM as its air-to-air weapons.