Permitless Carry to Become Law in the Lone Star State 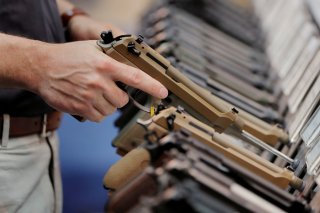 Beginning Wednesday, residents of Texas will no longer be required to have a permit to carry a handgun in public. Known as “Constitutional Carry” by supporters, the new law had passed the Texas Legislature earlier this year. It allows residents who are twenty-one years old or older, and who aren't prohibited from owning a firearm, to carry a handgun without the need for a license.

Texas became the fifth state to enable such a carry law this year after Gov. Greg Abbott (R) signed it into law earlier this year. Utah’s law went into effect in early May, followed by Montana on June 1. Iowa and Tennessee also became Constitutional Carry states on July 1 while three other states—Oklahoma, South Dakota, and Kentucky—did away with all carry permit requirements in 2019.

There are already nineteen other states that have a form of Constitutional Carry laws active.

“You could say that I signed into law today some laws that protect gun rights,” Abbott said at the June bill signing. “But today I signed documents that instilled freedom in the Lone Star State.”

Currently—and until September 1—the Lone Star State had required gun owners to obtain a License to Carry (LTC). The process required a background check, classroom training and a range qualification. With the LTC, handguns would be carried openly or concealed. Supporters of the new law say that it won't get rid of the LTC but instead will make it optional.

“There’s still advantages to having that License to Carry,” LoneStar Handgun store owner Josh Felker told KSAT.com, “but it got rid of the necessity for the most part.”

Texas state law still contains numerous prohibitions on where handguns are allowed, however, and businesses can prohibit both the unlicensed and licensed carry of handguns on their property. Additionally, an LTC is still required to carry a handgun on a college campus.

Despite support from the Republican-led legislature, residents in the Lone Star remain divided on the issue, according to a poll conducted by the University of Texas and the Texas Tribute conducted this spring.

The ability to be able to carry a handgun with a permit was known as “Vermont carry,” as the New England state never restricted the carry of firearms by any adult. It was even ruled by the Vermont State Supreme Court that the state’s constitution didn’t allow for any restrictions to be placed on residents, including a licensing scheme. As a result, Vermont has been described as being a Constitutional Carry state since even before the United States existed.

Opponents have said it is unsafe as it could encourage untrained or otherwise unqualified individuals to carry a gun. However, supporters of permitless carry maintain that many individuals in Constitutional Carry states are still undergoing training with certified instructors and that criminals already carry firearms illegally. Moreover, a common complaint is that the high cost to obtain a permit, which can greatly impact those in the lower-income brackets—not to mention the additional time to take the classes to receive a permit.