The Phase One Deal with China is Signed So Why Are We Still Paying Tariffs? 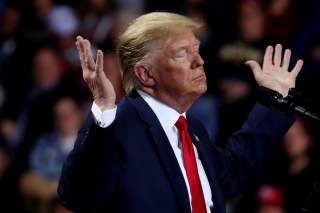 The trade deal signed last Wednesday by President Trump and China’s Vice Premier Liu He is arguably the most comprehensive deal between the two countries since China joined the World Trade Organization in 2001.

The deal, formally known as Phase One of the Economic and Trade Agreement, also tries to address a number of outstanding economic and legal issues that have long cast a shadow over U.S.-China relations.

One of these concerns is the protection of American companies’ intellectual property rights in China. The deal lowers the threshold for when a company can bring a complaint if it feels its rights have been violated. It also removes requirements for U.S. companies to enter into joint ventures with a Chinese partner.

The deal also includes provisions to reduce Chinese government restrictions on U.S. companies trying to license their products in China. And, it tries to limit Beijing’s ability to direct outbound foreign investments that support their industrial policies but create market distortions their wake.

These last four issues are the same concerns the Office of the U.S. Trade Representative examined in its Section 301 investigation of Chinese bad practices almost two years ago. Section 301 of the 1974 Trade Act is the legal authority that gives the Trump administration the ability to apply tariffs.

Using that authority, the White House has gradually applied punitive tariffs on over $370 billion worth of imports from China over the last two years of negotiations. Since these tariffs began, Americans have paid roughly $43 billion in new taxes. Moreover, American farmers have lost market share due to Chinese retaliation.

So if China has agreed to address these four concerns, why will Americans still be paying tariffs? Can the administration continue to play fast-and-loose with its Section 301 authority?

The argument the Trump administration would make is this: they need the tariffs in place in order to make China commit to the current deal and convince it to agree to a second deal. In other words: the tariffs remain as a negotiating tactic.

The problem is, there’s nothing to prove the gradual increase in tariffs over the last two year is why China agreed to the Phase One deal now. Tariffs have had a negative impact on both our economies; instead of twisting an arm into submission, it’s been more like stubbing a toe.

What’s concerning is that Americans will have to keep paying these tariffs for a while. At the signing ceremony, President Trump said he’s will keep them in place until there’s a second, Phase Two, deal. He’s okay collecting the tariff revenue.

But there’s one problem with this: no one knows when there will be a Phase Two deal. No one expects it by the end of this year, or anytime soon really.

The Phase Two deal will address issues more politically sensitive for Beijing—issues like its support for state-owned enterprises and cybersecurity laws. And there’s no reason to believe that keeping the tariffs in place will force China to sign it.

The bottom line is that Americans shouldn’t have to continue to pay tariffs, especially when there’s a deal already signed.

Riley Walters is a policy analyst with the Asian Studies Center at The Heritage Foundation.