The Philippines May Be About to Jump Ship For Russia 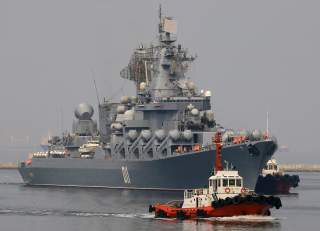 Why is the Philippines suddenly interested in buying Russian aircraft?

Not warplanes, but civilian planes for commercial purposes. Yet it suggests that Manila is eyeing a closer relationship with Moscow.

“There is an intention for finding Philippine partners that would probably bring in Russian jets into the country that could be used for tourism or disaster relief,” said Corazon Halili-Dichosa, executive director of the Philippine Board of Investments Industry Development Services, according to Russia’s Sputnik News. “Models that are being offered right now are Sukhoi, Be-200 and MS-21.”

"We think maybe the start for the Russian companies would be general aviation rather than the big commercial things, because the two [Philippine] air companies are right now [using] more Airbus and Boeing, but the general aviation is more open for other brands,” said Halili-Dichosa, who suggested that Russian-made aircraft could be used for charter flights between the numerous islands that comprise the Philippines.

This might seem just a minor commercial aviation deal. But what’s interesting is that the story ran in the defense section of Sputnik News, which hints that the Russian government—and cash-strapped Russian aircraft manufacturers—may be hoping to score some military contracts.

Indeed, Manila seems to be drawing closer to Moscow even as its relations with Washington have worsened. In March 2019, Russian and Philippine officials met to discuss a potential naval pact. In April, two Russian warships docked in Manila. The port visit included “joint drills on navigation and communication as well as special trainings with the quick response forces of the Philippines,” according to the Philippine government. It was the sixth visit of Russian warships, which was reciprocated by the first-ever Philippine Navy ship that sailed to Vladivostok in July for a naval parade marking Russian Navy Day.

A Russia-Philippines axis would be an incredible turnaround. The Philippines has traditionally been a U.S. ally (as well as an American colony from 1898 to 1946). While Subic Bay and Clark Field are no longer major U.S. military bases, as they were during the Cold War, there is a U.S.-Philippines Mutual Defense Treaty. The Philippine armed forces have been equipped and trained for almost a century by the United States, which helped Manila in suppressing a Communist rebellion in the 1940s, and today provides special forces advisers and other aid against Islamic rebels in the southern Philippines.

Relations have been strained recently with the ascension of Philippine President Rodrigo Duterte, who has moved away from Washington and drawn closer to China, even as China’s neighbors nervously eye Beijing’s claims over the disputed South China Sea. Military relations with Russia would burnish Duterte’s nationalistic credentials and perhaps serve as a bargaining chip for more U.S. aid.

But Russian bombers based on Philippines airfields, ranging far over the Pacific to give the United States nightmares? That prospect is distant at best and dim at worst. But it is not unheard of for nations to switch partners. A prime example is Egypt, a major recipient of Soviet weapons and advisers during the Cold War, but which is now an American client. India relied on Russian arms for years, but is now buying American equipment, while once-staunch U.S. ally Turkey is buying Russian anti-aircraft missiles.

Michael Peck is a contributing writer for the National Interest. He can be found on Twitter and Facebook. This first appeared several weeks ago.