Photo Alert: These Images Are Proof a Russian Su-27 Flanker Came Within Feet of an American Recon Plane 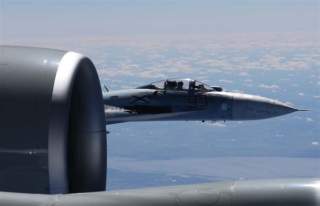 This episode increased tension between U.S. and Russia after the crisis between the two countries had escalated following the recent facts in Syria.

As we have recently reported on Jun 19, 2017 an armed Russian Su-27 Flanker fighter jet “buzzed” a U.S. Air Force (USAF) RC-135U Combat Sentreconnaissance aircraft in the skies over the Blatic Sea.

Now the U.S. European Command (EUCOM) has released dramatic photos of the Russian fighter jet coming within a few feet of the USAF reconnaissance jet.

There have been more than 35 encounters between U.S. and Russian jets and warships in the Baltic Sea, but this one has been classified as “unsafe” by U.S. officials. 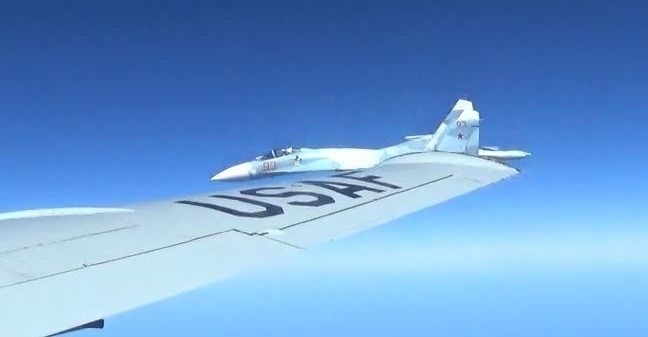 This episode increased tension between U.S. and Russia after the crisis between the two countries had escalated following the recent facts in Syria. 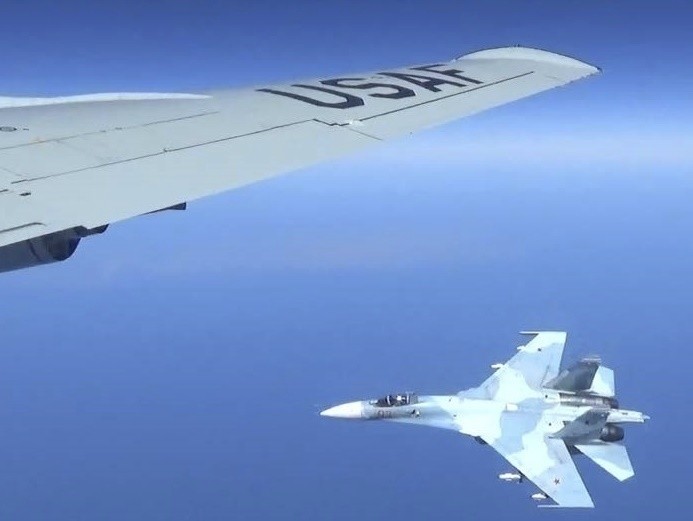 Then on Jun. 18 a U.S. Navy F/A-18 Super Hornet fighter bomber from VFA-87 Golden Warriors shot down by means of an AIM-120 AMRAAM a Syrian Sukhoi Su-22 near Tabqah, 20 miles west of Raqqa, after that the attack aircraft had dropped bombs near U.S. backed forces, in the form of the Syrian Democratic Forces (SDF). 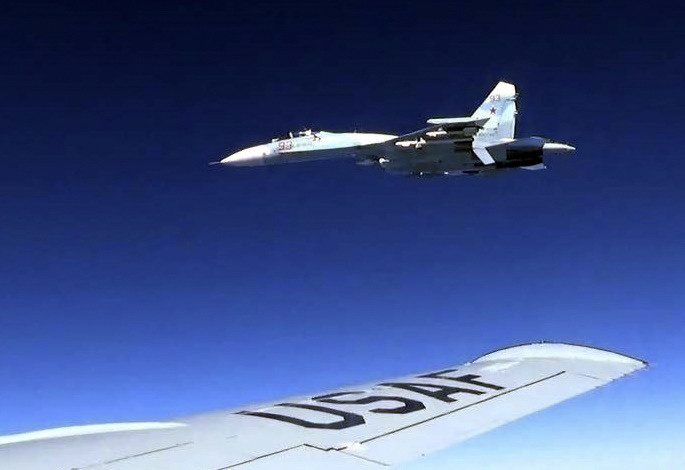 Finally on Jun. 20 a USAF F-15E Strike Eagle jet shot down another Iranian-made Syrian drone that was armed and in firing range of American troops in southern Syria. 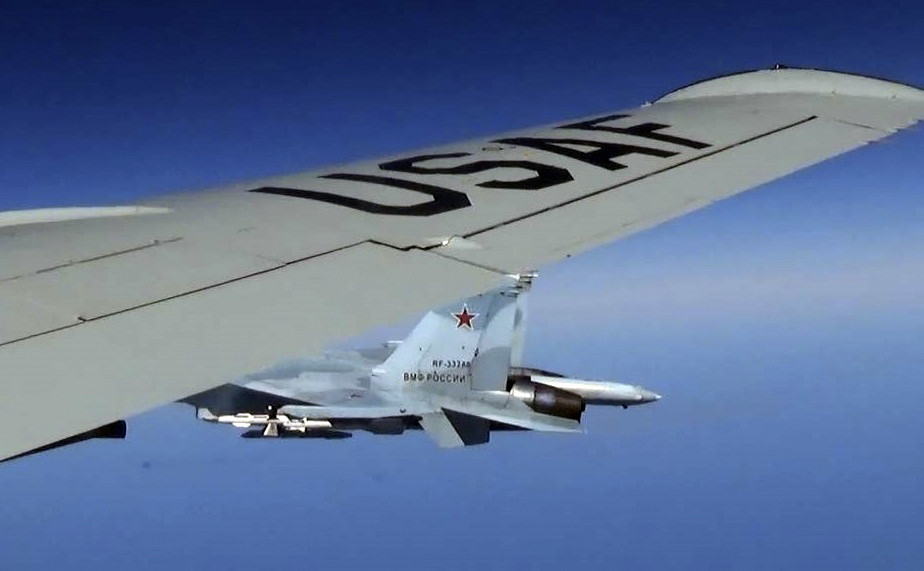