This Photo Is Dangerous: It Could Be the Future of Navy Submarines 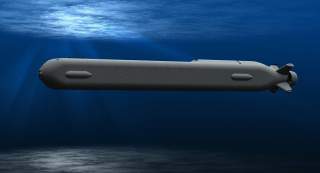