This Picture (Plus F-35s) Is How the U.S. Marines Would Fight China in a War 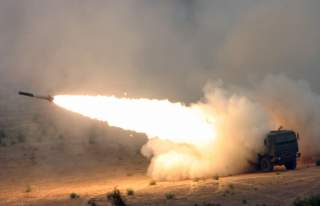 Key Point: HIMARS packing new missiles could give the Corps a serious and survivable anti-ship capability. Adding F-35s could help the rockets strike with greater accuracy. And swiftly moving the launchers by air could protect them from counterattack ... and keep the enemy guessing.

David Axe edits War Is Boring . He is the author of the new graphic novels MACHETE SQUAD and THE STAN. This article first appeared earlier this year.