This Picture Shows You How a Tank Can Die 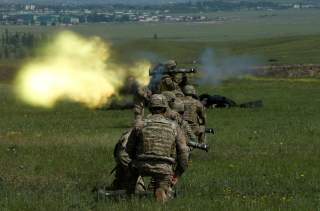 Key Point: Newer designs are quicker and easier to launch.

Charlie Gao studied political and computer science at Grinnell College and is a frequent commentator on defense and national-security issues. This piece was originally featured in September 2018 and is being republished due to reader's interest.