This Picture Is What China Needs to Become a Superpower 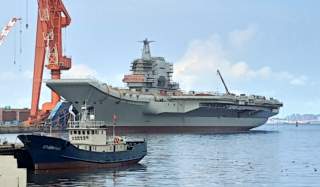 While the size, capabilities and effectiveness of these vessels vary widely, the fact that India, Brazil, Thailand and China enter and stay in the aircraft carrier business speaks to the ship’s continued utility both in war fighting and war prevention.