Pipeline Politics: What Will Energy Diplomacy Look Like After the German Elections? 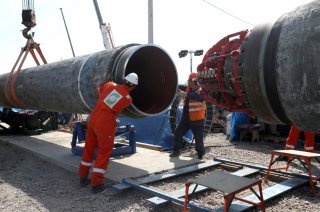 Let’s assume that the Russian Federation is confronting the European Union (EU) and, generally speaking, Western institutions like NATO, in an effort to regain dominance in its neighborhood, inter alia, in the Baltic states (Estonia, Latvia, and Lithuania), and in Ukraine and in Georgia. In this attempt, Russia puts in place a hybrid warfare strategy that includes diplomatic and economic means. This does not prevent the continuation of dialogue. NATO, the U.S.-led military alliance that guarantees European security and defense, of which 21 out of 27 EU nations are common members, recently resumed cooperation with Russia after having suspended it following the annexation of Crimea.

With this premise, we must emphasize that Germany is a cornerstone of the European project and a NATO member. It is likely that the change of leadership in Berlin will not influence European-Russian relations. The government in Berlin supports the European Union foreign policy which is determined in part but not whole by Germany.

Recently the German government has reviewed its orthodox economics posture, which is part of the ordoliberal ‘economic constitution.’ The German government acknowledged the need for large enterprises to compete on the global market, which requires scale economies, and reviewed its attitude against monopolies. This is only 'realpolitik,' and therefore should not have any impact on EU-Russia relations at large. So far, the EU sanctions regime, adopted in response to the annexation of Crimea to the Russian Federation, was not contested by Germany and it foreseeable that it will not in the near future. Again, with regard to the possible adoption by the EU of the Russian-made COVID-19 vaccine Sputnik, the German position did not differ from that of the other members of the Union. Obviously, the situation changes when it comes to the economy or jobs.

The Nord Stream 2 underwater twin pipeline will transport every year 55 billion cubic meters of natural gas into the European Union, running under the Baltic Sea from Russia to Germany. The question divides Germany and the United States which opposes the project. In supporting this project, Germany is simply serving the interests of the Union, while the United States is self-sufficient, being the first country in the world for crude oil production.

However, no one objected to the construction of the Trans Adriatic Pipeline (TAP) that operates a natural gas transportation infrastructure from the Greek border with Turkey to Southern Italy, enabling interested parties to market gas to several European countries. TAP has solid strategic partnerships with the EU, its three host countries, and the adjacent gas transmission companies operating in these countries. This energy infrastructure has been recognized by the EU as a Project of Common Interest (PCI) four times and in 2013 it was named a Project of Energy Community Interest (PECI), notwithstanding TAP involves the participation of authoritarian governments such as Azerbaijan and Turkey, which the European Union condemns for the failure to respect fundamental human rights and for the violations of the European Convention on Human Rights. Therefore, it is not clear what the difference is between the attitude on Nord Stream 2 and the impact of this project on relations between the European Union and Russia.

In conclusion, it is the opinion of the writer that the change of leadership in Berlin will not affect relations between the European Union and the Russian Federation.