The Pitfalls of Silicon Valley 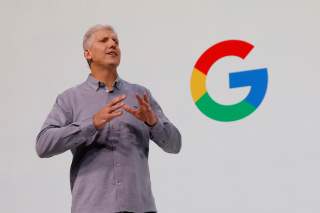 It was back in 2011 that billionaire investor Peter Thiel published his “What Happened To The Future?” essay, an expression of disappointment in technological progress. He’s probably no more enthusiastic today. We have more Twitter characters, but no new car of either the flying or autonomous, ground-based sort. And other people have picked up the theme of tech stagnation, as I write in my new The Week column. For them, smartphones, Amazon Prime, and global messaging platforms are uninspiring advances and a poor use of American tech talent.

So has Silicon Valley failed us by its no longer dreaming big dreams? Here is a bit from my chat earlier this year with Margaret O’Mara, the author of The Code: Silicon Valley and the Remaking of America:

Silicon Valley needs to dream big, but America needs to dream big. And part of the history of Silicon Valley hasn’t simply been these people doing it by themselves. Even though the brilliance of the Valley is that they believed they did it by themselves. I mean, that’s part of the magic — belief in entrepreneurial inventiveness and ingenuity, and the brilliance of individual business leaders and technologists. But, this is an America problem, an America-dreaming problem. This goes back to Eisenhower at his desk, to John Kennedy shooting the moon, Ronald Reagan declaring that the American Revolution is on a tiny microchip.

This isn’t Silicon Valley alone. They alone are not going to dream big, they’re profit making companies and they’re making a heck of a lot of money doing what they’re doing now. And to tell a company that is accountable to shareholders and quarterly-earnings calls, “Okay, the moonshot’s on you guys,” is not so great.

There’s a question of who benefits from the technology. There have been incredible benefits from the technologies we use. Look, we all have a love-hate relationship with our smartphones, but they’re undeniable. The access to information, and the communication and connectivity that they’ve allowed, in addition to the mobility, they all have lots of upsides. But it can’t just be Silicon Valley. We can’t just say, “Okay guys, fix it.” And it’s harder to do it all together, and we’ve not been very good at dreaming big lately as a country, but we’re going to need to.

This story was first published by AEI in December.