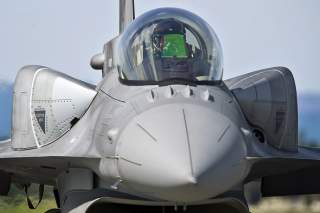 In May of 2018, Poland offered the U.S. a permanent base on its soil. For people who follow the Polish-American defense relationship, this should not be a very big surprise, given the extensive defense cooperation between the two nations in the past.

Poland has made significant purchases of American equipment and was considered as a location for BMD interceptor rockets before that initiative was shut down due to Russian pressure. But what can be expected in the future of this relationship?

Much of the Polish-American relationship can be seen through the lens of history. Poland has been distrustful of its Western European allies in the NATO relationship. Traditionally, this has been because of what’s seen as the double “Western Betrayals” of the Second Polish Republic by the Allied powers during WWII, first the failure to come to the aid of Poland in 1939, then the concessions made to the Soviet Union in 1944 and 1945.

The fear of a similar betrayal in the face of a Russian “incident” worries the Polish government. The weak response by major EU military powers such as Germany and France to the Ukrainian crisis, as well as the reluctance of those countries to meet the 2 percent NATO defense spending requirement paints them as unreliable allies in the eyes of Polish strategists.

The same powers have also shown significant reluctance on putting sanctions on Russia. As a result of these events, the United States is seen as a more reliable strategic defense partner.

Even then, the primary purpose of a U.S. base would not be fully stopping a Russian force, but increasing the stakes for the United States in such a conflict and acting as a “tripwire” deterrent. The document that disclosed the proposal for this base is called “Proposal for a U.S. Permanent Presence in Poland” was prepared by the Ministry of Defense. While the names of all authors are not known, one author was outed as Bolesław Piasecki, a former advisor to ex-Minister of Defense Antoni Macierewicz. Piasecki is employed by the Polish think tank “National Centre for Strategic Studies”, which is run by Jacek Kotas, which is known to have Russian ties.

The document was the subject of a minor scandal in Poland, as it was sent directly to the U.S. Congress and some think tanks in the United States. Prior to the release of this document, negotiations on the base were being conducted on a government to government level. The document was released without consultation with the Polish Ministry of Foreign Affairs or National Security Bureau. Details in the document included some sensitive information regarding locations of military bases, hospitals, and schools. Former Ministers of Defense said the release was premature and compromised the Polish negotiating position on the base.

The proposal itself called for 1.5 to 2 billion dollars of investment in refurbishing military and civilian infrastructure to create this base. The base would be expected to house “one armored division or an equivalent number of troops.” This cost would include the development of additional social infrastructure to support U.S. troops around the base, including schools and hospitals where the children and family members of servicemen could be treated. Some experts have said that while that these costs should be borne by Poland as a U.S. base there improves their security, the document presents them in a way that makes it seem as if Poland is “buying” an American presence, as opposed to it being a true partnership.

While this base is still under negotiation, one U.S. installation that is moving forward is an Aegis Ashore installation on Polish soil. While the earlier European Interceptor Site program was canned in 2009 by the Obama administration under Russian pressure, the deployment of Iskander ballistic missiles to Kaliningrad has escalated tensions and changed the strategic situation. The site was set to open in 2018 but has been delayed until 2020 due to issues with regional contractors.

In addition to installations, Poland acquires a significant amount of defense material from the United States. This is an area where cooperation is likely to increase. Poland currently fields a fleet of F-16C/D Block 52+. These have been updated to support a more modern avionics and weapons fit, specifically the JASSM. Poland has also received Sniper XR targeting pods. Poland is looking to give these Block 52+ aircraft a midlife upgrade. At the same time, they’re looking to replace the MiG-29s and Su-22s currently in service by 2022-2024.

While Poland is not interested in purchasing additional F-16A/Bs to replace those, it’s likely that they will acquire additional advanced F-16 (perhaps the F-16V). While the F-35 has also been considered, the F-16 is considered to be the most likely option.

The new acquisitions and MLU upgrade for current F-16C/Ds could be done to a new service standard. Set requirements for this standard are not yet out there, but AESA radars were mentioned as an important upgrade. The continuing service of Polish F-16 ensures Polish-American cooperation in the aerospace sphere for the foreseeable future.

The other big-ticket American purchase Poland has made recently is the Patriot air and missile defense system. The contract signed with Raytheon included many “offsets” and technology transfer (quoted as “to the maximum extent permitted by U.S. law and policy”). This would allow Poland to manufacture support vehicles for the Patriot and create a certified repair center. Certain components of the Patriot missile may also be manufactured in Poland.

This is notable because Poland has a successful domestic rocket motor and explosives industry. When Poland reached a contract with Rafael for the Spike missile, the technology for the rocket motor and warhead were transferred to Poland. As a result, all Polish Spikes feature a missile and warhead made in Poland. It’s yet to be seen whether this will also apply to Polish Patriots, but it’s not a stretch.

This cooperation extends to the artillery front as well. Poland’s new rocket artillery system is being built in cooperation with Lockheed Martin, beating out Israel’s IAI and IWI and Turkey’s Roketsan. Poland is looking to build its own version of the American HIMARS system, complete with the GMLRS and ATACMS missile systems. Technology transfer for those two missiles is expected to occur from the United States to Poland as part of the deal.

In the immediate future, the Polish-American defense relationship only shows signs of getting stronger. From the conventional base to the Aegis Ashore deployment, Poland has shown itself to be willing to invest significant sums in order to secure American installations on their soil. Add in the additional collaboration in buying and developing defense material, and Poland looks to become the United States’ primary defense partner in Central Europe.

While Russia may lament the flow of advanced U.S. capabilities onto Polish soil, it too could use the advanced armaments (especially those that could be used for a preemptive strike like ATACMS and JASSM) as a justification to arm up further.

The author would like to thank Michał Kizeweter for significant assistance with research on this article.