Poll: 59 Percent of American Hate Socialism (But They like Capitalism) 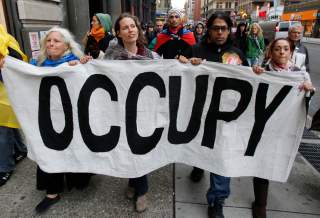 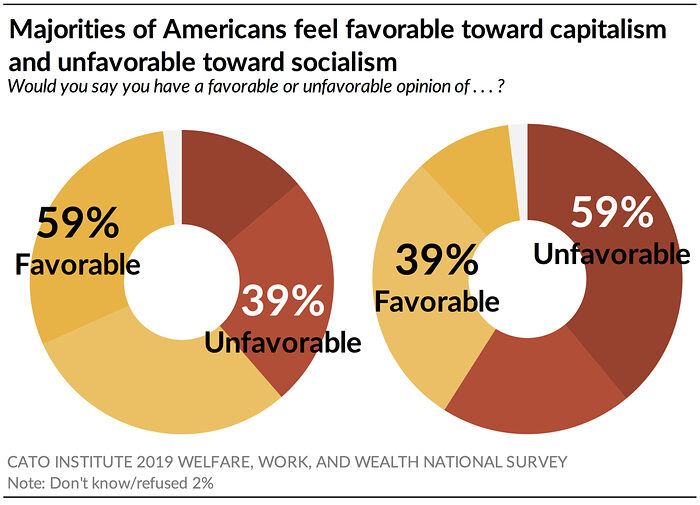 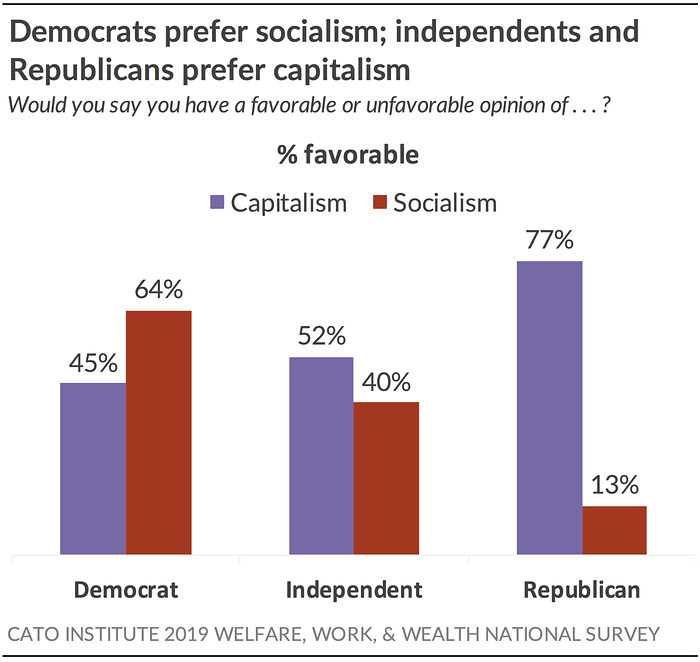 Who Likes Capitalism; Who Likes Socialism?

African Americans, younger people, and lower-income Americans are most suspicious of capitalism and sympathetic to socialism. 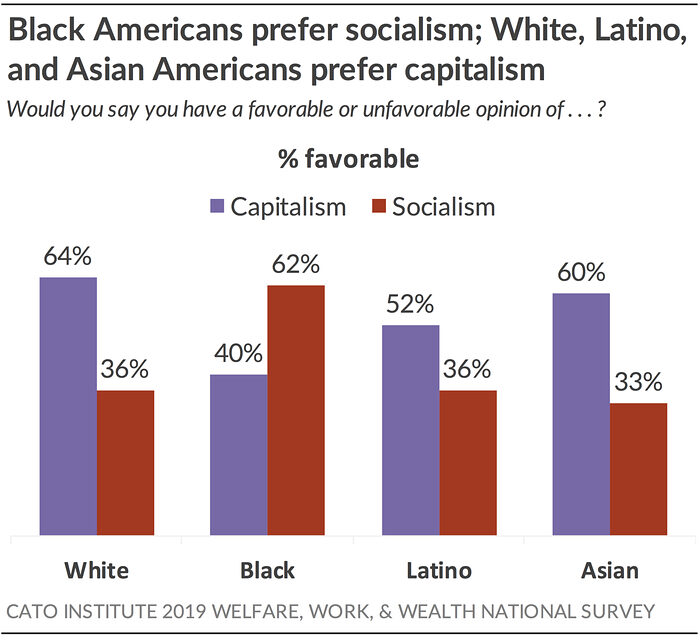 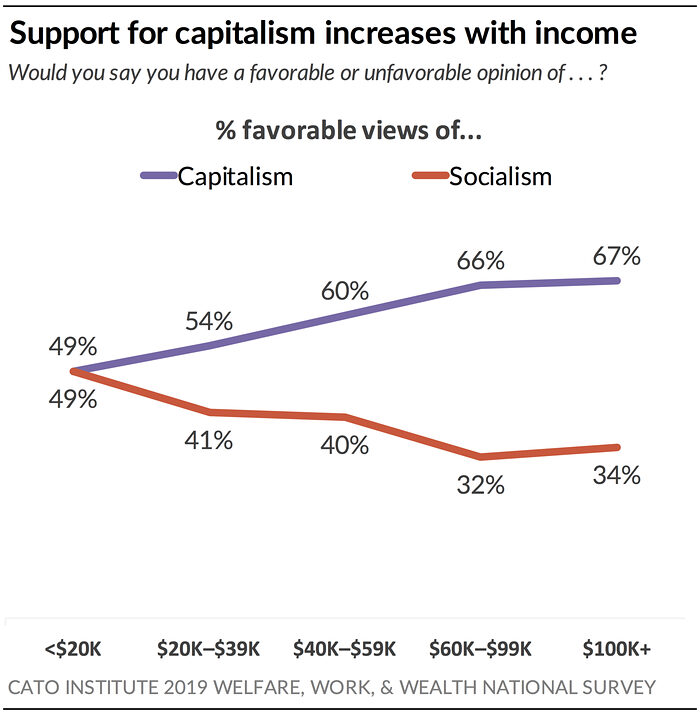 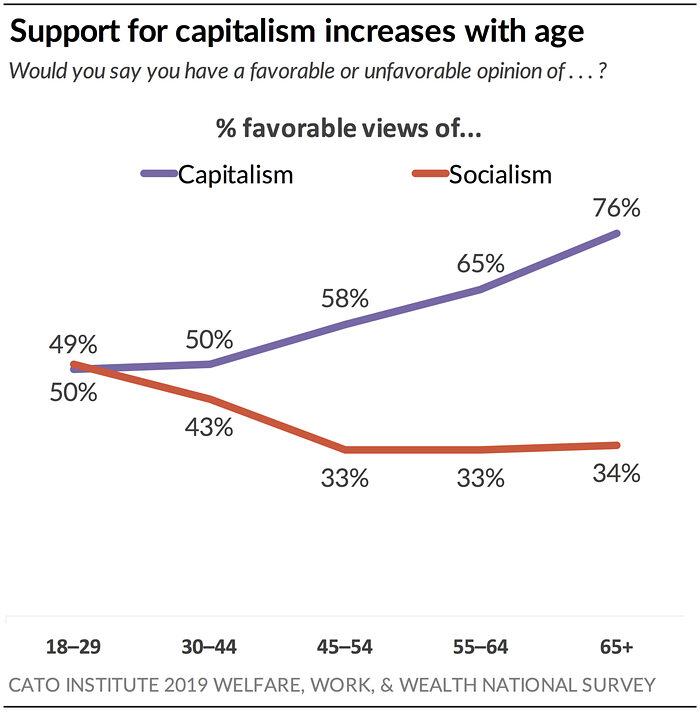 It’s unclear if support for capitalism rises and socialism declines with age because people are changing their minds or because today’s younger cohort is permanently more skeptical of capitalism. Given that Americans 30 to 44 years old reached adulthood in the Great Recession era, it’s plausible they may remain distrustful of capitalism going forward.

This article by Emily Ekins originally appeared in the CATO at Liberty blog in 2019.