Poll: These Are the Most Sinful States in America 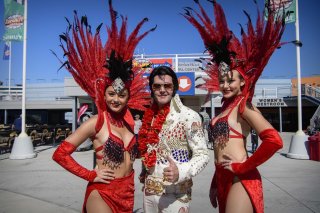 It’s no secret that some states are more well-behaved than others.

In order to quantify which states really give in to their sinful desires, the personal financial website WalletHub recently compared all fifty states across forty-seven key indicators of immoral or illicit behaviors, which ranged from violent crimes per capita to excessive drinking and gambling addictions.

“I am not sure ‘sinful’ is the best way to describe a state. But we can certainly point to states as having a greater incidence of certain vices or virtues,” Scott Paeth, a professor of Religious Studies at DePaul University, said in a statement.

“So, for example, an area with a higher crime rate, or higher incidence of drug abuse, or domestic violence could be said to be demonstrating some vice. The advantage to looking at it from this perspective is that most of those statistics are readily available so one could do an apples-to-apples comparison on those numbers.”

At the other end of the scale were Wyoming, Idaho, Vermont, Utah, New Hampshire, Iowa, Maine, North Dakota, Nebraska, and Minnesota.

“(This) is complicated by the fact that the things we think of as ‘vices’ are themselves often connected to larger structural problems—inequality, racism, sexism, etc.—which themselves need criticism,” Paeth said.

“These kinds of things are not just about the law or culture. Rather, there are elements of both law and culture that are implicated in all of these things. And while laws do not necessarily make us better or worse people, they can encourage better or worse behavior.”

Experts also noted that there is indeed quality help out there if one is trying to quit vices that were acquired during the ongoing coronavirus pandemic, such as excessive drinking and eating, gambling, and unnecessary spending.

“I would say the same things that have been helpful before the pandemic. Therapy (particularly by therapists specializing in a particular issue), twelve-step groups, meditation/mindfulness, medication, exercise, etc.,” Sam Hardy, a professor in the Department of Psychology at Brigham Young University, said in a statement.

“The only different thing is that the triggers for addictions and other mental illnesses seem to have been exacerbated and are maybe more varied in the pandemic. Things like work stress, difficulty balancing work and family, loneliness, lack of self-care, are probably at epic proportions.”