Polls: Americans Are Getting Less Afraid of Coronavirus 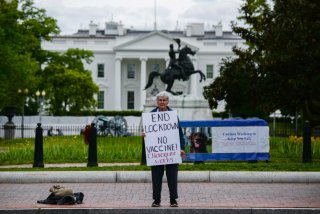 Our latest weekly update on Americans’ coronavirus fears show a slow, steady decline in intensity of concern. In this week’s poll, taken April 19–21, all numbers have ticked down.

The past two months had seen a sharp increase in heightened concern about an epidemic and American’s attentiveness to the news. We began to see these numbers decline in late March and especially early April.

Less than half of Americans are very concerned about an epidemic, and even fewer report very closely watching the news on the coronavirus. Both of these numbers are down from recent weeks prior.

Taken together and viewed over time, these three measures provide good summaries of public opinion on coronavirus. For a comprehensive look at public opinion on many aspects of the pandemic, see the new May issue of AEI’s Political Report.

This article by Karlyn Bowman first appeared in AEIdeas on April 24, 2020.