Polls Shows Americans are Embracing Socialism. You Should Be Worried. 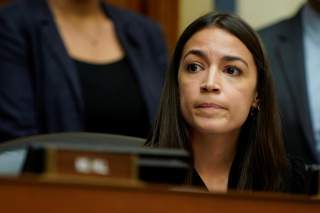 Socialism is no laughing matter, but it’s sometimes difficult to refrain from chuckling at the absurdities of its most devoted adherents.

Several videos of a Democratic Socialists of America conference in Atlanta have been making the rounds on social media.

In one video, posted on Twitter by Young Americans Against Socialism, an audience member identifying himself as James Jackson from Sacramento, California, aired his grievance to the conference chairwoman.

“Uh, quick point of personal privilege, um guys, I just want to say, can we please keep the chatter to the minimum? I’m one of the people who’s very, very prone to sensory overload,” Jackson said.

“There’s a lot of whispering and chattering going on. It’s making it very difficult for me to focus,” he said. “Please, I know we’re all fresh and ready to go, but can we please just keep the chatter to a minimum? It’s affecting my ability to focus.”

Jackson was immediately and angrily rebuked by someone who appeared to be a man in a pink dress.

He apparently didn’t like Jackson’s use of the word “guys.”

This wasn’t the end of the drama.

Jackson spoke again, and this time he was much angrier.

It must be noted that it is increasingly common for socialists at these events to state their preferred pronouns after saying their name, a practice that’s clearly made its way into mainstream progressive politics.

I have already asked people to be mindful of the chatter of their comrades who are sensitive to sensory overload. And that goes double for the heckling and the hissing. It is also triggering to my anxiety. Like, being comradely isn’t just for, like, keeping things civil or whatever. It’s so people aren’t going to get triggered, and so that it doesn’t affect their performance as a delegate.

One speaker laid out the guidelines of the conference, telling attendees to clamp down on “aggressive scents” in the “quiet spaces” reserved for attendees who wanted to avoid loud noises.

He also told his assembled comrades to avoid talking to police officers, the press, and supporters of President Donald Trump.

It’s hard not to watch these clips and not be amused.

However, as seemingly unserious as this all seems to be, the socialists who gathered at the Atlanta conference shouldn’t be taken lightly.

This event resonated with me in its similarity to a socialism conference I attended in Chicago over the Fourth of July weekend.

Speakers in Chicago often addressed each other as “comrades,” identity politics was ascendant, and despite the insistence that this style of “democratic” socialism was somehow different than the bad ones that have failed around the world, the conference offered the same old solutions to address the ills (or perceived ills) of society by traditionally socialist or Marxist means.

Like former President Barack Obama, they want to “fundamentally transform” America, but these socialists demand revolution rather than patiently waiting for the “deplorables” and, frankly, the bulk of average middle-class Americans, to die out.

They are organized and relentless true believers who have made serious inroads on the left. Though their numbers may be small compared to the vast majority of Americans, their most cherished ideas like single-payer health care, the Green New Deal, and open borders have all bubbled up to the mainstream of the modern left.

The transformation has been rapid and altogether predictable.

For many Americans who feel lost or hopeless and are looking for meaning, the allure of socialism—separated from the reality of how it’s actually worked around the globe—may seem like a welcome alternative to modern life.

Certainly, polls show Americans increasingly embracing socialism, even as they have little understanding of what it is.

To that end, it is important to stand by the things that have allowed America to resist socialism as a far more appealing alternative to this ideological fool’s gold. We need strong families, strong communities, a prosperous economy with widespread opportunity, and a moral framework to keep us virtuous and content.

All of these things will be eroded and destroyed if socialists come to power.

What seems beyond parody won’t just become their reality, it will become ours.