The Press in the Seychelles Is Anything But Free 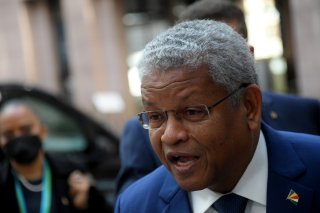 “We have to uphold a free press and freedom of speech, because in the end, lies and misinformation are no match for the truth.” These words, spoken by former U.S. president Barack Obama, are as true today as when they were said. Concerns over freedom of the press are what led the Chief Executive Officer of the Seychelles Broadcasting Corporation (SBC), Berard Dupres, to express his own disappointment with the president of the Seychelles, Wavel Ramkalawan, whose government has been alleged to have leveraged its state-supported budget to negatively influence freedom of the country’s press.

Shockingly, despite these quite serious allegations, the Paris-based NGO Reporters Without Borders, listed the Seychelles as the highest ranking country in Africa in terms of press freedom in its recently published World Press Freedom Index. Specifically, the country profile states that, “Media pluralism, diversity of opinion and the capacity to tackle major issues have been developing in Seychelles,” while “The practice of self-censorship has slowly dissipated” alongside the fact that, “State-owned media outlets no longer shy away from criticising the government or from reporting on corruption and nepotism.”

The May 8 interview with Seychellois radio presenter Patsy Canaya, however, tells an entirely different story. In it, Dupres discusses the political pressure which has been exerted against his organization, the country’s national public broadcaster. Considering the importance of free and impartial media in any democracy, its existence is even enshrined in Article 168 of the Constitution, which makes provisions for an independent state-owned broadcasting media organization.

According to the allegations, the SBC’s budget has been threatened due to coverage extended to the island’s main opposition party, United Seychelles, through a monthly press conference which was used to challenge the government and ask tough questions. According to Dupres, this was “a genuine attempt by SBC to promote democracy and political tolerance in the country.” But it was seen quite differently by the president and his associates. It is apparent that the president has been on a crusade against the state-owned media corporation since his days in the opposition, when he accused the SBC of running an “ongoing campaigning for Parti Lepep,” now known as United Seychelles, which is currently in the opposition but which then ruled the country. This accusation was due to airtime given to then Minister of Finance Jean-Paul Adam.

Concerns over freedom of the press and the veracity of information coming out of the Seychelles are of particular relevance considering an ongoing high-profile trial which has been taking place for the past seven months. A long list of questions has been raised in relation to both the trial, which involved the arrest of nine individuals associated with the former government, and the reportedly appalling conditions in which the suspects are being held.

In relation to the trial itself, recent information published by the Seychelles News Agency alleges the government to have prosecuted the defendants under a law not comprehensive enough to allow prosecution, leading them to propose changes to the law that will retroactively facilitate prosecution.

Naturally, however, the lack of freedom of the press alongside hermetic government control over the local media has meant that locally published accurate information on the trial is hard to come by. Some international journalists have nevertheless made it their business to take an interest in the lack of rule of law more generally, alongside those who have taken an interest in the trial itself and what it, coupled with the lack of press freedom, might mean for the future of human rights in the Seychelles.

Although any and all violations of freedom of the press, as well as the prosecution of perceived political enemies under different premises, is of concern, it is especially concerning in light of the international support the Seychelles has received for public sector reform and capacity building. The Anti-Corruption Commission Seychelles (ACCS), tasked with leading the prosecution, has itself received over 300,000 euros in EU funding. According to EU ambassador to the Republic of Seychelles Marjaana Sall, “The European Union and its member states are engaged in the promotion of universal values, democracy, good governance, rule of law and human rights for all.”

Unfortunately, this could not be further from the reality on the ground. From violations of press freedom to regression in its support for human rights and good governance, the situation on the ground continues to deteriorate. It would serve reputable international organizations, such as Reporters Without Borders, along with international representatives, to familiarize themselves with the perspectives of actors on the ground before making public assertions that strengthen the position of the autocrats currently undermining democracy in the Seychelles.

Jean Baptiste is French freelance writer who studied cinema and audiovisual writing. He is currently the editor of the newly launched Indian Ocean Economic Times.