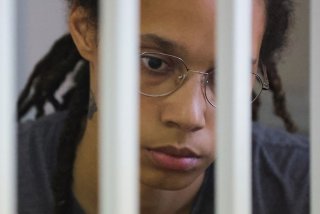 Russia’s Foreign Ministry confirmed on Thursday that it was engaged in “quiet diplomacy” with the United States regarding a potential prisoner swap involving WNBA star Brittney Griner and former U.S. Marine Paul Whelan, according to a new Reuters report.

“Quiet diplomacy is under way and it should bear fruit if Washington follows it, and not fall into propaganda through media hype to score points before an election,” said Ivan Nechayev, a spokesman for the Russian Foreign Ministry, referring to the midterm elections in November.

Moscow had previously acknowledged that talks are taking place via a channel set up by President Joe Biden and Russian president Vladimir Putin when they met in Geneva in June 2021.

“Instructions were given to authorized structures to carry out negotiations,” Nechayev said. “They are being conducted by competent authorities.”

Late last month, Secretary of State Antony Blinken confirmed that the United States presented a “substantial proposal” to Russia for both Griner and Whelan, two Americans who are classified as “wrongfully detained” by the Biden administration. Moscow last week officially acknowledged it was seeking convicted arms dealer Viktor Bout, who is currently serving a twenty-five-year prison sentence and once earned the nickname the “Merchant of Death,” as part of any prisoner exchange. It has also been reported that Russia had tried to add convicted murderer Vadim Krasikov, who is currently imprisoned in Germany, to the proposed swap.

“This quite sensitive issue of the swap of convicted Russian and U.S. citizens is being discussed through the channels defined by our presidents,” Alexander Darchiev, head of the Foreign Ministry’s North America department, recently told state news agency TASS, per the Associated Press. “These individuals are, indeed, being discussed. The Russian side has long been seeking the release of Viktor Bout. The details should be left to professionals.”

Meanwhile, the New York Times reported on Monday that the defense team for Griner, who was sentenced earlier this month to nine years in prison for bringing less than a gram of cannabis oil into Russia, said that it had appealed the drug conviction.

Maria Blagovolina, a partner at the law firm that has represented the two-time Olympic gold medalist, noted that Griner’s punishment could be viewed as excessive, adding that similar cases have seen defendants receive an average sentence of about five years, with about a third of them given parole.

A Houston native, Griner was initially detained at Sheremetyevo International Airport on February 17 after the Russian Federal Customs Service claimed to have found vape cartridges containing the marijuana concentrate hashish oil in her luggage.

Whelan, a corporate security executive from Michigan, was sentenced to sixteen years in prison on espionage charges in 2020.