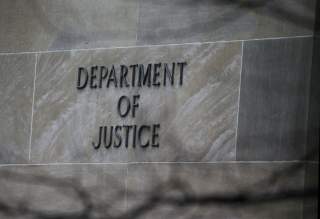 A longtime Joe Biden aide who served as a registered foreign agent of Azerbaijan as recently as August formed a super PAC called Unite the Country on Tuesday, which is slated to raise millions in support of the former vice president’s campaign.

Larry Rasky, a veteran of Biden’s previous two presidential campaigns and founder of the corporate lobbying firm Rasky Partners, is listed as the treasurer of the super PAC, according to its filings with the Federal Election Commission.

Rasky has also lobbied on behalf of Azerbaijan, a European country that has been accused of arbitrarily detaining LGBT people. Despite homosexuality being legal in the country, a leading human rights organization ranked Azerbaijan as the worst place to be an LGBT citizen in 2016.

“Each year, hundreds of LGBTI people are exposed to physical, psychological and economic violence by their family members and the people around them,” said Javid Nabiyev, a gay Azerbaijani activist. “They are killed, forced to live a double life, commit suicide or leave the country.”

Rasky first registered as a foreign agent of Azerbaijan in April to provide “strategic communications counsel and services” to the country’s American embassy, and Rasky’s firm was slated to receive $15,000 a month from the Azerbaijani embassy from April through October, according to a contract uploaded to the Foreign Agents Registration Act office.

Rasky told the Daily Caller News Foundation his firm had terminated its contract with the Azerbaijani embassy in August, and provided a letter dated Aug. 27 notifying Assistant Attorney General John Demers of the termination.

Unite the Country’s launch Tuesday marks the second time Biden’s supporters have tried to start an outside super PAC to augment the former vice president’s campaign from the outside.

Biden publicly rejected the first super PAC when it was launched in April, tweeting, “To speak to the middle class, we need to reject the super PAC system. That’s exactly what this campaign is doing.”

I’ve said it before and I’ll say it again. To speak to the middle class, we need to reject the super PAC system. That’s exactly what this campaign is doing. https://t.co/Jc46rdBbsh https://t.co/SeEfkmkSyx

Biden told “PBS News Hour” in 2018 that people “can’t possibly trust” politicians who accept support from super PACs, entities that can raise unlimited sums of money to support politicians as long as they don’t coordinate with candidates.

But Biden’s campaign, which is facing a fundraising shortfall in comparison to other top-tier candidates in the Democratic primary, changed its tune on super PACs earlier in October, saying it will utilize all available legal avenues to defeat President Donald Trump.

“In this time of crisis in our politics, it is not surprising that those who are dedicated to defeating Donald Trump are organizing in every way permitted by current law to bring an end to his disastrous presidency,” Biden deputy campaign manager Kate Bedingfield said in a statement Thursday. “Nothing changes unless we defeat Donald Trump.”

The Biden campaign did not return a request for comment.