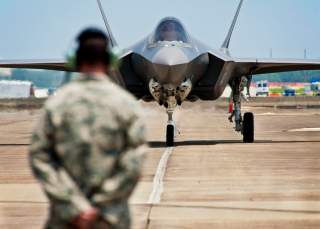 We seem to have been both naughty and nice this year. The Australian National Audit Office isn’t going to put its much-anticipated report on the future submarine program in our stocking before Christmas and we’ll have to keep our breath bated until January. That’s a shame, since the ANAO’s website says, ‘The objective of this audit is to examine the effectiveness of Defence’s administration of the Future Submarine program to date.’ That’s an $80 billion issue that many Australians would be interested in.

On the other hand, the ANAO has come through with Department of Defence Major projects report. As usual, it’s a very detailed piece of work that provides an unparalleled look at 26 of Defence’s major projects in 2018–19. Also as usual, it contains a lot of old news and some intriguing new news.

One piece of old news is that it doesn’t report on either the future submarine or future frigate program. Each of these now has an approved budget of around $6 billion, which would rank them at third and fourth in Defence’s portfolio, even before the government approves construction of a single vessel. Fortunately, we have unofficial advice from the ANAO that both will be in the next edition. Let’s keep our fingers crossed. The third plank of the domestic shipbuilding program, the offshore patrol vessel project, is included this year and is tracking well against its aggressive schedule.

Another piece of old news is that the MPR is hamstrung by terminology that seems designed to trigger the media’s worst ‘gotcha’ impulses. For example, the report lists $24.4 billion in ‘budget variations’ (again, old news) at table 3. But once we take out $14.1 billion in scope increases (i.e. the government agreeing to buy more stuff, such as 58 joint strike fighters), $1.3 billion in adjustments to scope and transfers between projects, $2.8 billion in indexation (i.e. inflation) and $4.4 billion in exchange rate variations (it really hurts when the Aussie dollar goes down against the greenback and euro), that leaves only $1.8 billion in real cost increases.

I should note that Defence presents a slightly different view of real cost increases in table 2C on page 84, but its total of $1.7 billion is broadly similar to the ANAO’s. Since the portfolio of 26 projects in the MPR is worth $64.1 billion, that’s a cost increase of about 2.6%. Moreover, the projects that have been completed and exited the MPR were collectively under budget by about $2.2 billion. So overall Defence is doing well on cost—but there’s a caveat I’ll discuss below.

Poor schedule performance is another piece of old news, and it’s not particularly good. The combined total of 691 months is bad (see table 4 on page 15). But it’s important to remember that while projects may be late, they are generally still delivering capability. The worst offender, at 112 months’ behind, is ‘Collins reliability and sustainment’, a large constellation of subprojects that’s been delivering a broad range of improvements since 2000. Many of them have been completed and the rest will be as the boats go through their docking cycles. The submarines have still been able to do their job, despite the delays.

Similarly, the second worst offender, the MRH-90 helicopter project, at 89 months, has delivered all 47 aircraft and Defence has been flying them. But not all of the individual capabilities under the project have been delivered, which is why the delay clock continues to tick. Some of these have real implications; for example, the lack of a fast roping capability means that Defence has had to keep the Blackhawk helicopter in service longer to fill the special forces role.

While we want the army’s helicopters to be able to support things like counterterrorism, this does raise the question of whether in every case it makes sense to keep a project going for years just to get the final few percent of capability. Sometimes it may be better to draw a line under it and apply the people and resources that are freed up to new priorities (autonomous systems, anyone?).

So, what’s the new news? The key worrying piece is that the F-35 project is under funding pressure. The MPR states that, ‘In September and November 2018, due to cost pressures, the Joint Strike Fighter project received government approval to transfer project scope of $1.5 billion to other phases of the Joint Strike Fighter program (none of which have been approved by government). There was no corresponding transfer of funds out of the project budget’ (page 26). Since the approved budget for the project is $16.5 billion, this means that 9% of the project scope has been moved off into some undefined point in the future, but Defence is hanging onto 100% of the budget to acquire the remaining 91%.

It would seem fair to classify this as effectively a $1.5 billion real cost increase since the capability Defence is getting is costing more. This brings the total of real cost increases to $3.3 billion. What’s more, the report states that, ‘Some level of known cost risk remains with a possibility that further scope transfers may be required’ (page 135). So more content may get pushed down the track.

The capability question is, what’s in the 9% that has been moved? And how important is it? That’s a little harder to determine. One element is the ‘beyond line of sight’ communication system (page 148). Since one of the key selling points of the JSF was its networked capability, this would seem to be a problem. Overall, there’s enough evidence in the MPR to indicate that, while the F-35 is still on track to achieve initial operational capability by the end of 2020, Defence doesn’t have a plan to get all of the elements required for final operational capability, scheduled for late 2023.

And then there’s the issue of the JSF sustainment system. I wrote earlier this year on the immaturity of the system. The MPR confirms that. Moreover, it states outright, ‘The F-35 future sustainment affordability has been affected by an increase in through-life sustainment cost estimates.’ With an F-35 flying hour already costing twice as much (page 63) as the classic Hornet it’s replacing, that’s some more bad news.