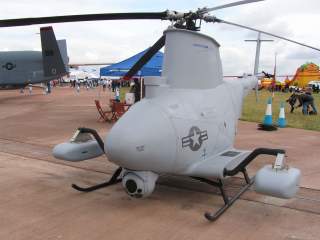 For years, Iran has been successful in smuggling drone parts in spite of international sanctions, and now its smuggling efforts have moved into counter-drone markets.

Iran shot down a RQ-4A Global Hawk drone last week. Several years ago, in 2011, it demonstrated its evolving capabilities at drone interception when it captured a RQ-170 Sentinel stealth drone. To down the Hawk, Iran claimed to use the 3 Khordad surface-to-air missile system. Prior to that, Iran supposedly jammed the communication links of the RQ-170 Sentinel stealth drone, taking control of the drone inside Iranian territory, later reverse engineering it to produce the Shahed-171 and Saeqah drones. So, on top of drone capabilities, Iran has some counter-drone capabilities—that is the ability to detect, identify, track and/or control unmanned aircraft. It also boasts powerful cyber-attack capabilities that can be used to control enemy drones. Efforts should now focus on preventing Iran from enhancing these capabilities by countering its attempts to obtain Western counter-drone technology.

For years, Iran has been successful in smuggling drone parts in spite of international sanctions, and now its smuggling efforts have moved into counter-drone markets. These markets, inclusive of North America, Europe, the Asia-Pacific and Latin America, are expected to reach a value of USD 2.93 billion by 2025. Iran’s neighboring states are also looking to acquire counter-drone capabilities. Turkey has at least three known products on the market, and the United Arab Emirates and Saudi Arabia are looking to step in. Due to their geographical proximity to Iran, these countries unwantedly risk operating as transhipment hubs and staging grounds for Iranian front companies and smuggling networks seeking to get their hands-on Western counter-drone technology.

There is also the risk of Iran obtaining counter-drone technology through China who is said to pursue a “no-questions-asked” policy regarding the export of drones to the Middle East. In February 2018, the Centre for the Study of Drones in Bard College reported that China had eight counter-drone products on the market, the risk being that China-based procurement agents with profiteering intentions and a lax regulatory environment seek to sell such strategic goods to Iran. Take the case of Emily Liu, who sought to procure electronic components from the United States on behalf of Iran’s Shiraz Electronic Industries, which is responsible for producing radars, avionics and control systems—all relevant components for the production of UAVs and counter-UAVs.

Due to the nature of counter-drone technology as a developing technology, there’s a need for U.S firms and partners to strictly control it. So far, suggestions for legislative proposals on counter-drone tech have focused on placing authority in the hands of national-security and law-enforcement agencies to make use of counter-drone capabilities. However, legislation will also need to cover exports to foreign nations, which includes classifying counter-drone exports as foreign military sales where the U.S. government acts as a go-between to the vendor and customer, rather than as direct commercial sales under which a company and another nation can negotiate directly. In view of the spread of this technology worldwide, there is a need for stringent legislation followed by arrests and prosecutions of anyone trying to export this material without a license. Otherwise, Iran and its regional proxies will likely be using Western counter-drone technology for interception purposes in the not-too-distant future.

Emma Scott is the Iran Lead and Research Assistant at Project Alpha in the Centre for Science and Security Studies at King’s College London. Since 2014, she has worked as the Iran Assessor on two versions of Transparency International’s Government Defense Anti-Corruption Index.