Project Convergence 2021: The Army's Plan to Win Any War Against Anyone 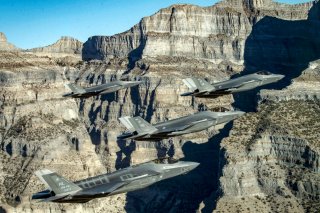 Moving beyond the initial Project Convergence 2020 during which an AI-enabled computer system was able to connect targeting input for small, forward operating mini-drones with helicopters, ground vehicles, and attack weapons in seconds, the Army plans to build upon this success and take new steps to incorporate new weapons and multi-domain combat tactics.

“You remember the focus for twenty was just that sensor to shooter look. We will continue to expand upon the sensor to shooter links from an indirect fire and direct fire perspective. This is about technology, but it is just as much about how we use the technology and how we fight and organize for the future. It’s a learning activity more than it is a demonstration,” Army Futures Command Commander Gen. John Murray told the National Interest.

Project Convergence 2021, which is about refining new attack and warfare tactics to “attack and fight at speed,” will seek to advance the 2020 breakthroughs with more multi-domain activity and a broader complement of weapons. Using a Desert Ship configuration in place at White Sands Missile Range, New Mexico., the exercise will include some unique Navy weapons and sensing technologies to coordinate with Army air and ground assets, Murray said.

The 2021 exercise also plans to draw upon autonomous systems in new ways and integrate various aspects of long-range fires and missile defense. For instance, Project Convergence 2021 will fire the now evolving Precision Strike Missile, a new first-of-its-kind weapon able to pinpoint enemy positions from as far as 500 kilometers.

The upcoming Project Convergence 21 will also introduce the active participation of airborne F-35 jets sharing real-time targeting information with ground troops. This two-way data sharing, which breaks new ground with air-ground warfare operations, was successfully demonstrated last year following Project Convergence 2020. In 2021, the F-35 jet will be woven directly into the exercise itself. The concept is to bring new levels of close-air support, multi-node, multi-service warzone connectivity, and target sharing at the “speed of relevance.” Conceptually and tactically, the entire premise is to essentially get inside of the enemy’s decisionmaking loop and take decisive action fast enough to prevail in an engagement.

“It all comes down to the ability to link databases and share data across the services. It does not matter who the data belongs to,” Murray said.

Murray said many of these tactics are already in the process of being refined, tested, and improved through ongoing exercises with several joint-service Multi-domain Task Forces now operating in the Pacific. These units, he added, will participate in Project Convergence 2021.