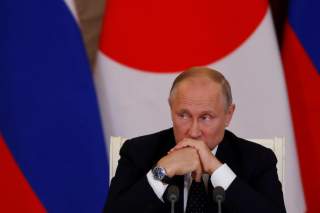 Following the international soccer tournament, Putin convened a meeting and gave credit to law enforcement agencies and security services from more than 30 countries, according to an official Kremlin press release published Monday.

“People who came to our country really felt they were safe,” Putin said, according to The Associated Press, adding that no “serious incidents” occurred.

While there are no outside confirmations of the high figure, cyberattacks, which are generally a computer operation carried out with the purposed of causing widespread harm and physical damage, seem to happen more during such types of world events. In fact, cybersecurity researchers expected that virtual assaults would spike during the global soccer competition.

The Pyeongchang Winter Olympics earlier in the year also suffered a cyberattack, according to officials, after investigating a disruption of certain systems.

Putin only said that the attempts at infiltration were aimed at “information infrastructure,” and did not provide much other detail.