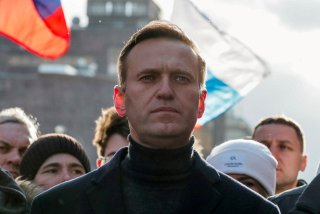 A Russian court has sentenced opposition leader Alexei Navalny to an additional nine years in prison on charges of embezzlement and contempt of court. Many outside observers described the sentencing as a sham trial intended to remove a high-profile political opponent of Russian leader Vladimir Putin from the public sphere.

Judge Margarita Kotova, who delivered the sentence, accused Navalny of systematically engaging in "the theft of property by an organized group.” Russian state prosecutors had accused Navalny of stealing roughly $5 million from the Anti-Corruption Foundation, the non-governmental organization he led from 2011 until its state-forced dissolution in June 2021.

Prior to his conviction on the current fraud charges, Navalny had been imprisoned for a separate fraud case in relation to his alleged use of campaign contributions, collected while running for mayor of Moscow in 2013, for personal use. The sentence was suspended at the time of his conviction, but after Navalny returned from medical treatment in Germany in January 2021 after surviving a Kremlin-linked poisoning attempt, he was imprisoned for violating his parole conditions, which stipulated that he could not leave the country.

Navalny’s sentence is more lenient than the prosecution’s recommendation of thirteen years. Moreover, the time he has served on his earlier sentence will be applied against the new one, meaning that he will only need to serve seven years in prison. However, Kotova ordered that he be transferred from the Pokrov penal colony, where the dissident has been imprisoned since 2021, to a maximum-security prison, where living conditions are typically far worse. She also ordered him to pay a fine of 1.2 million rubles or roughly $12,000 at the ruble’s current value.

Navalny and his associates have condemned the charges against him as politically motivated. They also criticized the authorities for holding the trial within a makeshift courtroom at the Pokrov penal colony rather than in a public courtroom in Moscow, where Russian media outlets and other observers could attend and opposition leaders might be allowed to protest.

Navalny’s new sentence comes amid a broader crackdown on freedom of expression in Russia in the aftermath of its invasion of Ukraine. Following the passage of a law forbidding criticism of Russia’s armed forces, more than 13,000 Russian citizens have reportedly been detained for protesting the war.

Shortly after the sentence was announced, Navalny’s lawyers were arrested.