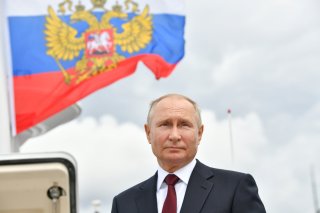 Just how much of the Russian population is influenced by false media reports and disinformation campaigns intended to blind the public to the actual reality of what is happening on the ground in Ukraine? Are Russians, or at least a majority of Russians, fully blocked from seeing media reports of destroyed family homes and civilian areas throughout Ukraine? Is it possible in the age of the internet that ordinary Russian citizens simply do not have access to the free world and Western news reports? This may be true to an extent, experts say, and Russian state-run media continues to bombard the airways with false narratives regarding the war in Ukraine. These news reports include fake or altered video footage and false information about the war.

When Putin’s invasion began, did Russian soldiers truly think they were only on a training mission or a limited effort to “help” the Ukrainian people and remove Nazis? Of course, these suggestions are ridiculous. But if they are accompanied by manufactured Russian video evidence or coerced testimonials, average citizens may simply not understand. Thousands of Russians may simply be in the dark about the Russian military’s alleged war crimes and apparently deliberate attacks on civilian neighborhoods.

Mike Mears, the former director of human capital for the CIA, closely follows the war in Ukraine and at times watches Russian news broadcasts. Mears told the National Interest that these manufactured videos can have an incredible influence on Russian citizens who are simply unaware of the truth, adding that he is “disgusted” by what he sees on the Russian news. In the face of mounting evidence to the contrary, videos showing fake Ukrainian atrocities can regrettably have a very large impact.

“A psychological study published last month stated that if all your senses say one thing, but your eyes tell you another, you believe the eyes. So, seeing is believing, basically. All these old sayings come through. So that's what ties all that together—that the Ukrainians had been able to use this power of storytelling and vision and visioning,” Mears said. “And on the Russian side, of course, they are too. If you watch Russian news … I tried to check in every other night until I got so disgusted, [I had] to turn it off,” Mears added.