Qatar’s New F-15 Could Be Just What the U.S. Air Force Wants 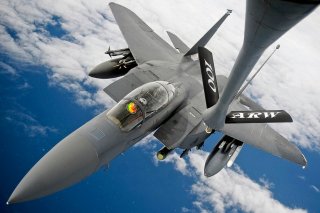 The Boeing-produced aircraft completed its first flight last month at Lambert International Airport in St. Louis, where it demonstrated unmatched maneuverability and speed. This included a nearly vertical “Viking takeoff.”