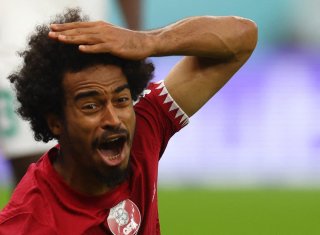 Since the 1936 Olympics, countries have sought to use sporting megaevents to “sportswash” their tarnished global reputations. The latest entrant in this category is Qatar which has spent an unheard-of sum of over $200 billion to host the World Cup. For several reasons, however, this exorbitant expenditure is unlikely to bring the Qatari ruling family the global validation it seeks. Instead, the World Cup may be instrumental in making the global sporting public demand higher ethical standards in awarding future mega-events to a host nation.

Sportswashing became a critical propaganda tool with the Berlin Olympics of 1936 as the Nazis used it to showcase the Third Reich. Europeans and North Americans walked away impressed. Germany was clean, the trains ran on time, the people were friendly, and the regime was not viewed as too oppressive to Jews—for the record, even 1938’s Kristallnacht did not significantly change European opinions.  While the Nazis temporarily succeeded in their effort to “sportswash”, other countries were not as successful. Student protests and the United States and Australia’s poor handling of the racial equality protest by Tommie Smith, John Carlos, and Peter Norman marred the 1968 Mexico Olympics. The brutality of Argentina’s military junta in making dissidents disappear had become apparent to the international community by the time it hosted the 1978 World Cup. The junta tortured dissidents in the morning and then forced them to watch the games at night to make them “understand” that they were a minority and that the country supported the regime. Argentina won the cup, and the generals had a brief domestic burst of popular support. However internal unrest again grew, and the generals responded in 1982 with the disastrous invasion of the Falklands.

Russia hosted the winter Olympics in 2014 and the World Cup in 2018 and temporarily benefitted from the positive attention such mega-events bring. The world forgot about the Russian invasion of Crimea, and Putin was temporarily tolerated on the global stage. Beijing, similarly, had a largely successful coming out party with the 2008 summer Olympics, although protesting Tibetans around the world created embarrassment for Beijing’s leadership. By the time of the Beijing Winter Olympics, admiration for China was tempered by that country’s role in the Covid outbreak, its treatment of Uighurs, and the bellicosity of the Chinese diplomats on the international stage—the world by then had shown its dislike for wolf warrior diplomacy.

These efforts at “sportswashing” were also expensive: the Beijing Summer Olympics reportedly cost over $38 billion, while the Sochi games (the winter games are usually a lot cheaper) cost over $50 billion. In contrast, the London Olympics cost around $15 billion, and the Tokyo Olympics cost Japan about $13 billion—liberal democracies were spending far less than authoritarian states on mega-events, and the expenditures of Russia and China paled in comparison to Qatar’s $200 billion extravaganza. So, if “sportswashing” is expensive and gives temporary benefits, what will have to Qatar’s efforts in this direction?

Since being awarded the tournament Qatar, despite a massive public relations campaign, has been unable to control the criticism heaped upon it by the international community. Qatar’s winning bid was marred by controversy because the sport’s governing body was accused of taking bribes to give the event to Doha. This was followed by reports of the intolerable work conditions in Qatar that led to the deaths of migrant workers and Doha being pressured into signing an International Labor Organization agreement to respect workers’ rights and create safe working conditions. It became worse as FIFA tried to stop protests about human rights and prevented the captains of the teams from wearing rainbow-colored armbands to show support for LGBTQ people. Additionally, while Qatar has said all people are welcome, it has asked LGBTQ fans to “respect the country’s culture,” which is ambiguous because almost anything could be considered an insult to the national culture.  The question, therefore, arises, will Qatar get long-term soft power benefits from this $200 billion exercise? For several reasons, the answer is no.

First, we live in an age of social media which makes it impossible for governments, international sporting institutions, or tame media to control a narrative the way it was possible before the age of globalization. Popular consciousness and protest have found a hitherto unavailable voice that in the past could only be expressed through direct public action like street protests. In 1970, anti-apartheid activists effectively protest against a rugby tour by the South African Springboks and later successfully canceled the South African cricket team’s tour of England. Such protests, however, were rare and difficult to organize. Now, a virtual protest or an e-boycott can be just as effective and have more significant long-term consequences.

Secondly, in this competition, sportsmen have come to the fore and disregarded their football federations and FIFA to protest the Qatari treatment of migrant workers and LGBTQ people. In the past, athletes were unwilling to take a position on political issues since the backlash from sponsors, the sporting establishment, and the general public was harsh and, in some cases, career-ending. Tommie Smith and John Carlos faced a torrent of abuse after their protest, and their careers were adversely impacted. Michael Jordan, similarly, stayed out of political controversies for the bulk of his career and only in the aftermath of Black Lives Matter decided to speak publicly on racial inequality. More recently, the Black Lives Matter protest of Colin Kaepernick ended his career, and most other athletes in the NFL were unwilling to join his protest.

While taking a knee for racial equality was controversial in the NFL, it caught on with the U.S. Women’s national soccer team and, surprisingly, in the Western European soccer leagues. The Eastern European teams generally choose not to protest.

With the 2022 World Cup, some Western European teams wanted their captains to wear One Love armbands to support LGBTQ rights and to criticize Qatar’s repressive policies. FIFA successfully muzzled this protest by threatening captains with fines. However, the German team took its team photo before the first match with their hands over their mouths to protest the silence FIFA had imposed on them. Predictably, FIFA was not amused. The federation also went with its history of cravenly appeasing authoritarian states and agreed to Qatar’s terms on respecting cultural values when it agreed to a last-minute volte-face on selling alcohol in the stadiums.

The willingness of athletes to protest in the world’s most popular game has led to the situation where popular protest gains legitimacy as highly paid athletes add their names and reputations to the fight for global justice. This is something that Qatar’s splurging from its wealthy coffers, and its creation of a Potemkin village cannot prevent from happening. This World Cup, therefore, will go down as one where the controversy was as newsworthy as the actual competition, and Qatar’s attempts at “sportswashing” have been less than successful. People will remember the competition for the football and the audacity of a country to think that it could buy itself respectability on the international stage.

Lastly, the controversy generated by awarding the World Cup to Qatar and the subsequent emerging human rights issues makes it likely that for both the IOC and FIFA, it cannot be business as usual when awarding the right to host a competition. If we are in a liberal international order, then the global public has the right to demand that future competitions go to countries that respect human and civil rights. With the 2024, 2028, and 2032 Olympics in Paris, Los Angeles, and Brisbane, respectively, all cities in liberal democracies, this movement will likely gather steam when FIFA  considers the 2030 World Cup host. FIFA is likely to face considerable pressure to follow suit and not award the competition to a country with a dodgy international reputation and instead show that sports reflect the highest values of international society.

As for Qatar, it will not reap economic, political, or soft power benefits from hosting the competition. Qatari plans to host an internationally recognized football league will languish since it will not be able to entice top players from the European leagues to play in a no-name competition. Further, China is seeking to build an $800 billion sports industry with football as one of the principal sports in this game plan—and the Chinese have the vision, ambition, and resources to do so. As for soft power, Qatar cannot expect to gain respect internationally when its society seeks to preserve early twentieth-century values in a globalized twenty-first-century society.

Amit Gupta is a senior advisor to the Forum of Federations, Ottawa. The views in this article are his and do not necessarily represent those of the Forum.