Quantum Internet: The Technology That Could Change Everything? 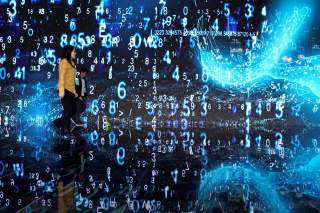 Google reported a remarkable breakthrough towards the end of 2019. The company claimed to have achieved something called quantum supremacy, using a new type of “quantum” computer to perform a benchmark test in 200 seconds. This was in stark contrast to the 10,000 years that would supposedly have been needed by a state-of-the-art conventional supercomputer to complete the same test.

Despite IBM’s claim that its supercomputer, with a little optimisation, could solve the task in a matter of days, Google’s announcement made it clear that we are entering a new era of incredible computational power.

These qubits are central to the quantum internet because of a property called entanglement. If two entangled qubits are geographically separated (for instance, one qubit in Dublin and the other in New York), measurements of both would yield the same result. This would enable the ultimate in secret communications, a shared knowledge between two parties that cannot be discovered by a third. The resulting ability to code and decode messages would be one of the most powerful features of the quantum internet.

There will be no shortage of commercial applications for these advanced cryptographic mechanisms. The world of finance, in particular, looks set to benefit as the quantum internet will lead to enhanced privacy for online transactions and stronger proof of the funds used in the transaction.

Recently, at the CONNECT Centre in Trinity College Dublin, we successfully implemented an algorithm that could achieve this level of security. That this took place during a hackathon – a sort of competition for computer programmers – shows that even enthusiasts without detailed knowledge of quantum physics can create some of the building blocks that will be needed for the quantum internet. This technology won’t be confined to specialist university departments, just as the original internet soon outgrew its origins as a way to connect academics around the world.

But how could this quantum internet be built anytime soon when we currently can only build very limited quantum computers? Well, the devices in the quantum internet don’t have to be completely quantum in nature, and the network won’t require massive quantum machines to handle the communication protocols.

One qubit here and there is all a quantum communication network needs to function. Instead of replacing the current infrastructure of optical fibres, data centres and base stations, the quantum internet will build on top of and make maximum use of the existing, classical internet.

With such rapid progress being made, quantum internet technology is set to shape the business plans of telecom companies in the near future. Financial institutions are already using quantum communication networks to make inter-bank transactions safer. And quantum communication satellites are up and running as the first step to extending these networks to a global scale.

The pipes of the quantum internet are effectively being laid as you read this. When a big quantum computer is finally built, it can be plugged into this network and accessed on the cloud, with all the privacy guarantees of quantum cryptography.

What will the ordinary user notice when the enhanced cryptography of the quantum internet becomes available? Very little, in all likelihood. Cryptography is like waste management: if everything works well, the customer doesn’t even notice.