Question: Would You Choose This Uber Shabbie Cabbie Over a London Taxi? 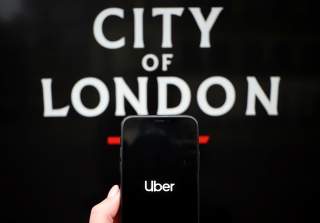 The taxi app giant Uber has again lost its licence in London, if only temporarily. Uber has 21 days to appeal after Transport for London (TfL) ended a probationary extension it granted to the company in September, citing a “pattern of failures” around issues such as driver security.

TfL has no wish to deprive Londoners of low cost convenient transport, but this decision comes as little surprise. Uber does not appear to have the controls necessary to run a wide-scale transport service and assure passengers and authorities of adequate safety standards. Despite this being one of the company’s top five markets in the world by revenue, the company has shown a marked reluctance to fully cooperate with transport authorities.

Time and again, TfL has found that the only way to make Uber listen is to withdraw its licence and let it appeal. The authority originally refused to renew Uber’s licence in September 2017, citing “public safety and security” concerns. That seemed to lead to better controls – certainly judging by the concessions Uber made in exchange for a 15-month probationary licence in June 2018, and then again in September 2019 for a two-month extension.

Now, however, TfL has announced new issues including the fact that over 14,000 Uber trips in London in late 2018 and early 2019 were taken by 43 drivers with fake identification. These drivers had been able to exploit a change to the Uber system that allowed them to upload their photo to a different driver’s account. Some had previously had their legitimate licences revoked, while one had been cautioned by the authorities for distributing indecent images of children. Uber has said it alerted TfL to these issues in May, and claims that over the past two years, it has “fundamentally changed how we operate in London”.

The latest TfL decision comes at a time when competition in ride-hailing has become cutthroat. The emergence of London competitors like Bolt, Ola and Kapten were already making it difficult for Uber to maintain its significant price increases of recent years, while there are plenty rivals in other parts of the world as well.

All would-be competitors need to do is the same as Uber: vouchers and promotions to customers and incentives to drivers. Indeed, most taxi firms now have their own apps. Now that the market has caught up, Uber’s model amounts to little more than underpricing to customers to gain trade, while offering incentives to drivers not to work for someone else, such as free insurance and gym passes.

Nonetheless, most passengers will have more than one app on their phones and taxi drivers can work for several providers at the same time. This is really just an extension of what has always been the case: the markets for both customers and drivers are highly competitive. The taxi market has never been very profitable and that shows no sign of changing. Plenty of people in the UK are willing to drive taxis and the only qualifications are a licence, insurance, a roadworthy car and no criminal record.

Unfortunately, this problem for Uber is much wider than just the UK. In 2018, the company made adjusted losses of US$1.8 billion (£1.4 billion), compared to US$2.2 billion the year before. There is no real sign of improvement in 2019, despite attempts to increase fares in Uber’s main markets. Whenever the company attempts to raise prices, demand drops. Uber has already had to exit South-East Asia, Russia and – though possibly for reasons to do with state intervention – China. It is also struggling in India.

It may well be that outside North America and parts of Europe, Uber will never be profitable. In many cases, it entered markets too late. And as the ride-hailing division attempts to reduce losses, the Uber Eats takeaway delivery business is driving them deeper into the red. Uber Eats exhibits similar characteristics to the ride-hailing business, subsidising the cost of home delivery to attract demand.

Restaurants are traditionally low-margin businesses so they are unlikely to be able to foot the bill if the customer is unwilling to pay the full delivery costs. Home delivery also has low entry barriers and switching costs, which is likely to keep it competitive in future – there are already big incumbents like Just Eat and Deliveroo. Meanwhile, other Uber initiatives such as bike hire and developing driverless vehicles face strong competition, too.

Besides Uber’s financial difficulties, there are serious environmental issues surrounding such businesses. Taxi driver numbers in London alone have increased from 60,000 to 120,000 since 2012 when Uber entered the market. Studies show that not only has this increased congestion but CO₂ has increased by 23% for the taxi industry over that time.

Promises that all Uber taxis will be fully electric by 2025 seem unconvincing, as taxi drivers themselves have to make the vehicle purchase and these vehicles are expensive – albeit Uber will provide a subsidy funded by a fares increase.

As for Uber Eats, encouraging more people to get takeaways is not good news for carbon emissions either – at least when they are delivered on scooters or mopeds. These issues could easily turn the company into a pariah and make its battles with city authorities much harder as time goes on.

No doubt after a lengthy appeal, Uber will agree to better controls in London to get around its current difficulties. It is true that the TfL decision may embolden authorities up and down the UK and elsewhere to feel more confident about taking on Uber, but the bigger questions are really about the overall business model. Remember that this is a company that was valued at US$82.4 billion when its shares were listed in May. It has already sunk beneath US$50 billion: the jury is very much out on whether this can be turned around.