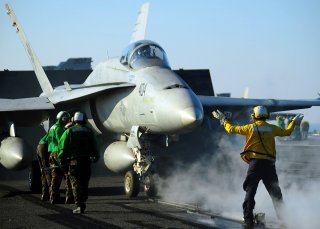 Last month, deaths from the coronavirus in the United States reached a grim milestone as more than 500,000 lost their lives from the disease. That number was greater than all the Americans killed in World War II, Korea and Vietnam combined.

But that number should also highlight that while any loss of life in war is a tragedy, the United States has actually had far fewer casualties than many other countries in many recent conflicts. However, even as the human cost of war can be measured, the question remains whether it is truly appreciated. Freedom isn’t free—as the numbers of Americans who paid with their lives should clearly demonstrate.

The “Forgotten War,” as it has become known, shouldn’t be forgotten. Nearly five million people died as the result of the war and more than half of those were civilians, accounting for ten percent of the peninsula’s total population. During the more than three-year long war, a total of 33,739 U.S. soldiers were killed in combat, while another 2,835 also lost their lives as a result of the conflict. Nearly seventy-years later the war isn’t even technically over.

Approximately 2.7 million American men and women served in Vietnam, and it was the first war in U.S. history for the military to fail to meet its objectives. A total of 58,220 soldiers died during the conflict in Vietnam between 1955 and 1975—from the commencement of the Military Assistance Advisory Group to the date of the last U.S. service member to leave Southeast Asia—with 47,434 being direct causalities in combat.

The United States military’s losses in the First World War were far less than those of the European belligerents. However, when considering that the U.S. military only went “over there” and took part in the final year-and-a-half of the fighting, America’s loss of 116,516 men is still staggering.

A total of 53,402 men were killed in combat, while 63,114 died from disease including Spanish Flu. An additional 320,000 suffered wounds or illness during the so-called War to End All Wars.

Nearly seventeen million Americans served in uniform during the Second World War, and of those 405,399 never were able to return to civilian life and instead made the ultimate sacrifice for their country. Battle deaths accounted for 291,557 of the total casualties, while 113,842 died from accidents, disease and infections.

Not included in the official “military deaths” are those who served in the Merchant Marines, which played a vital role in moving material during the conflict. A total of 5,662 were killed (including missing/presumed dead), and thirty-seven died as prisoners of war.

Of all the wars fought by Americans it was the one that saw the nation literally torn apart that had the most significant casualties. According to a 2012 study, approximately 750,000 soldiers died from both sides and about half from combat, while the rest died as the result of accidents, starvation and disease during the Civil War. That number is actually twenty-one percent higher than an earlier nineteenth-century estimate and highlights the horrible human toll from America’s truly deadliest war.

Could America Really Have Won the Vietnam War?