RANKED: These Were the Deadliest American Battles of All Time 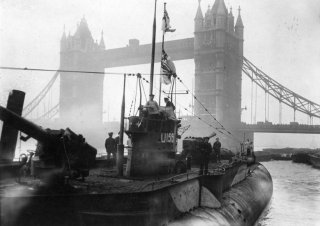 A single battle may not determine the outcome of a war, but for those doing the fighting at the time that likely didn’t matter. However, in the case of American history, the U.S. military has largely been on the victorious side of the largest and most deadly battles it fought. Some of these were short decisive engagements while others were long slugfests, but all ended with a tragically high “butcher’s bill.”

The American Civil War was noted for being the deadliest conflict in American history, and the Battle of Gettysburg, which has been seen as the true turning point, has the distinction of being the fifth most deadly American battle to date. Fought from July 1–3, 1863, some 7,863 Americans lost their lives on the fields of southeastern Pennsylvania including 3,155 Union and 4,708 Confederate troops. The fighting for “Little Round Top” on July 2 accounted for nearly 1,750 dead. Regardless of the side, they all died as Americans.

Overshadowed by other battles of the World War II, Hürtgen Forest—fought between Sept. 19, 1944 and Feb. 10, 1945—still resulted in the death of 8,157 U.S. soldiers. Rather than a single engagement, the Battle of Hürtgen Forest was a series of battles—and while it essentially ended on Dec. 16, 1944 when the Battle of the Bulge began, fighting in the sector continued until the following February. In the end it was a German defensive victory and an offensive failure for the Allies.

Fought over the course of nearly three months from April 1 to June 21, 1945, the Battle of Okinawa was the last major engagement in the Second World War, but also one of the deadliest. The Japanese lost up to 80 percent of its defense force as soldiers and poorly trained civilians literally fought to the death, while the Americans suffered 12,513 combat fatalities. The horrors of the fighting also resulted in widespread mental fatigue among the American forces. Okinawa was a portent of what any invasion of the Japanese mainland could have been.

Battle of the Bulge

The final major German offensive on the western front in World War II ended in failure. In just over a month of heavy fighting American units were able to successfully retake all the ground they had lost in the early stages of the battle and by the time the engagement came to an end it was clear the defeat of Germany was simply a matter of time. However, during the Battle of the Bulge, which lasted from Dec. 16, 1944 to Jan.25, 1945, some 19,276 Americans still gave their lives to ensure the inevitable defeat of the Nazis.

Battle of the Argonne Forest

It often comes as a surprise that the most deadly American battle wasn’t fought in the Civil War or even World War II, but rather took place during the final stages of World War I. The month-long Battle of the Argonne Forest was the final Allied offensive of the war, and was among the bloodiest.

From Sept. 26 to Nov. 11, 1918, the Meuse-Argonne Offensive the American forces slowly but steadily pushed back the Germans. In the first three hours of fighting, the U.S. forces expended more ammunition than what was used by both sides during the entire American Civil War. While the Germans lost a reported 28,000 men and the French as many as 70,000, some 26,277 Americans gave their lives while more than 95,000 were wounded to ensure the final victory.