Raptors Armed with Lasers? Air Force F-22s Could Get Some Serious Firepower 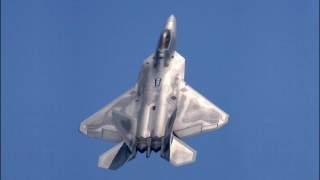