Rather Than Retiring, The Air Force's B-2 Bomber Is Being Upgraded (For Nuclear War) 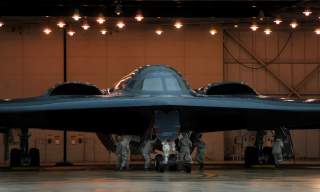 Key point: The main advantage of the B61-12 is that it packs all the gravity bomb capabilities against all the targeting scenarios into one bomb.

Earlier this summer, the Air Force dropped a B61-12 nuclear weapon from a B-2 at Nellis AFB, marking a new developmental flight test phase for the upgraded bomb, Air Force spokeswoman Capt. Hope Cronin told Warrior Maven earlier this year.

This first appeared in Warrior Maven here earlier this year and is being republished due to reader interest.