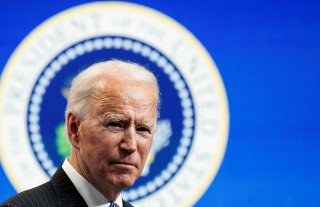 The Trump administration may be over, but its emphasis on “great power competition” is likely here to stay. The Washington establishment believes that Moscow and Beijing are engaged in a worldwide campaign to undermine U.S. power, security, and prosperity—one makes ample use of non-military instruments such as overseas investment, the creation of new international organizations, political support for authoritarian regimes and anti-democratic forces, and “sharp power” aimed at undermining pro-American regimes. Prominent members of the Biden administration have already used the language of great-power competition, and even those who are uncomfortable with the idea of fighting a “New Cold War” will face immense pressure to aggressively counter growing Russian and Chinese international influence.

We already have a pretty good idea of what it looks like when the U.S. treats great-power competition as its foreign-policy lodestar. For example, the United States Development Finance Cooperation recently agreed, on behalf of the government of Ecuador, to repay billions of dollars of outstanding Chinese loans. What did Washington get for bailing out Quito and its Chinese creditors? A commitment from Ecuador to expel Chinese companies from its communications network. Why was Ecuador in need of a bailout? The outstanding debt stemmed from a 2008 Chinese loans-for-energy deal, one that provided a lifeline to Ecuador when it defaulted on its international bond payments—in part to escape a dollarization policy that interfered with then-President Rafael Correa’s plans to increase social-welfare spending.

As competition for influence between the United States and China continues to intensify, we can expect to see more governments to use that competition to their advantage. This poses some real risks for the United States. Waging an all-out global effort to outbid rivals will prove extremely expensive. Given its fiscal position and pressing domestic needs, it is simply unrealistic to expect that the United States can and will outbid Beijing—and its massive Belt and Road Initiative—in every country and every region. Keep in mind that one of the underlying drivers of BRI spending is neither profitability nor geopolitical ambition, but to simply provide outlets for excess Chinese capacity, especially in its construction sector.

Moreover, as the incumbent superpower, the United States must balance an extensive network of partnerships and alliances composed of states with diverse interests and identities. This is one of Washington’s major power-political advantages over rising powers like China. The downside is that relatively unencumbered challengers can, in geopolitical terms, float like a butterfly and sting like a bee. China and Russia can exploit frictions between states in the U.S. network and target those governments that remain outside of it. Beijing and Moscow can court autocrats who are disgruntled with Western pressure; support regimes, such as Iran, that view the United States as a threat; and pick off countries that Washington had considered too strategically unimportant to expend significant resources on, such as Tajikistan, Sudan, and Madagascar.

Does Chinese or Russian patronage suddenly make such countries strategically important? Only if U.S. officials convince themselves that to “win” the new era of competition they must always and everywhere compete.

This would be a huge mistake. Biden faces an international order far different than it was in the wake of the Soviet collapse, when the United States and its core liberal-democratic allies were the only significant sources of international patronage and international order. Now, emerging powers increasingly shape the agendas and staffing of long-standing international organizations. Beijing and Moscow have established new regional organizations like the Shanghai Cooperation Organization and the Eurasian Economic Union to advance their economic and security agendas. Liberal democracy continues its global retreat, challenged by counter-democratic and illiberal norms under the guise of traditional values, populist anti-globalism, and civilizational diversity.

Rather than reclaim global dominance by outspending and overpowering new contenders, U.S. planners should instead adopt a strategy of geopolitical “rope-a-dope:” they should simply not contest many of Beijing’s and Moscow’s costly efforts to expand—and manage—their networks of clients. China’s investments have brought much-needed funds for some valuable development projects, which is a net global good. But Beijing has also sunk money into “white elephants” and fueled local graft and corruption—leaving China with a questionable, or even negative, return on its investments in the face of disillusionment and political blowback among recipients.

The United States can often afford to stand back because most of the "gaps" in the U.S. alliance and partnership network exist for good reason: the countries in question don’t matter to U.S. security. Washington can, and should, conserve its resources for holding onto indispensable allies and partners. Otherwise, the most important thing that the Biden administration can do to better position the United States for “great-power competition” is to restore the U.S. brand as a promoter of accountable governance and the benefits of an open society. Despite years of mismanagement, the United States is still holding on to its leading position in technological innovation, higher education, the international service sector, and global anti-corruption policies. If Biden—perhaps with the help of sympathetic Republicans—can “build back better” then Washington won’t even need to outbid its rivals in order to outcompete them. It will merely need to have confidence that its product will, over the long term, prove more attractive than that offered by its geopolitical competitors.

Alexander Cooley is a professor at Barnard College and director of Columbia University’s Hartman Institute. Daniel Nexon is a professor at Georgetown University’s department of government and School of foreign service. They are the authors of Exit from Hegemony: The Unraveling of the American Global Order (Oxford, 2020).