The Real F-22 Raptor Question No One Dares Ask 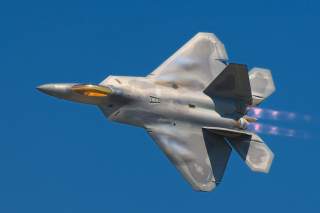 The Air Force could have continued to pursue improvements to its legacy fleet. Boeing has demonstrated that the F-15 design still has some life in it, having proposed both a stealthy version and a “missile truck” version.