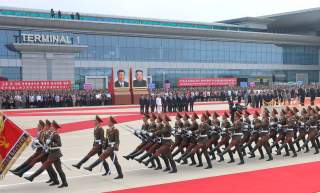 ROK forces must also be prepared to provide humanitarian assistance and emergency relief. The U.S. can assist by providing advisory support to build capacity in disaster relief delivery and crisis planning. The U.S. should encourage the ROK government and private sector to build greater stockpiles of portable water, medical supplies, food rations and temporary shelters that the military can reach upon for immediate distribution.