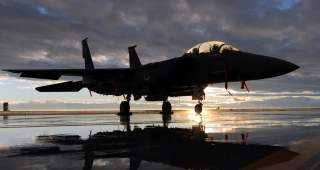 The dark horse on this list is the Japan Air Self Defense Force (JASDF). Japan has more than 300 air superiority and multirole fighters that are finely tuned toward defending the island-nation from threats in the air, land and at sea. Reflecting the nation’s defense-only military policy, the JASDF is highly specialized towards defensive combat. First and foremost is the mission of air defense: Japan remembers very well what happened the last time it lost air superiority over the Home Islands.