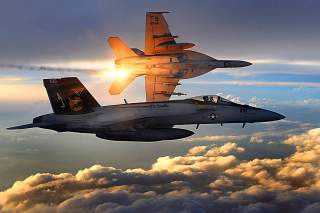 The world’s most famous military aerobatic display team undergoing big changes since their return to their home base in Pensacola, Florida, including a new airplane and new commander.

Two former pilots with the Blue Angels have been working to get the Blues flying the newer F/A-18 Super Hornet by 2021, a big moment for the team since they adopted the F-18 Hornet in 1986.

“The jet is more powerful, especially at lower altitudes, so we believe that our maneuvering will be more visible to the crowd and more impressive overall,” Commander Frank Weisser told the Pensacola News Journal. “That increased performance will also allow us to alter some maneuvers to better showcase the aircraft’s very unique capabilities.”

The new Super Hornets have software built into the system to prevent certain maneuvers, and the Blues will continue to adjust and tweak their routine.

The Blue Angels will also continue to fly without G-suits, which is used by other demonstration teams but interferes with the precision flying style the Blues have come to master. In lieu of the G-suits, the Blues will continue to use special breathing and abdominal exercises to keep blood from going to their legs during high-G maneuvers.

In addition to new aircraft soon to hit the flight line, Captain Brian Kesselring was named Commanding Officer and Flight Leader of the US Navy Blue Angels for the upcoming 2020 and 2021 air show seasons, meaning the commander will usher in the new era of blue and gold-painted Super Hornets.