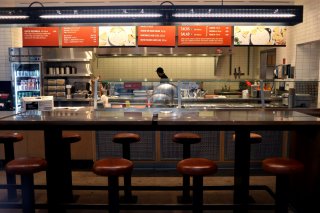 The battle of anecdotes surrounding the federal COVID-19 unemployment benefits has begun. On one side, people are claiming that the policy is creating perverse, anti-work incentives and tensions between low-wage workers and employers who can’t match the generosity of the benefit. On the other side, there are reports of workers who bitterly resent how little even the expanded benefits replace of lost income and complaints that the government-mandated work stoppage is forcing them to dip into savings and forego health insurance. What’s a policy wonk to do?

It’s important to remember why Congress adopted the $600 per week supplemental unemployment benefit a few weeks back. With the nation careening toward a viral health crisis and likely economic shutdown, these supplemental benefits were intended to encourage workers to stay home to prevent the spread of disease. Workers, frightened about catching COVID, responded positively to the combination of stay-home orders and financial largesse. This combination of social distancing and economic incentives has worked and is largely responsible helping the country gain some limited control over the growth in caseloads and hospitalizations. It’s a mission accomplished moment for public policy.

The challenge grows from the interaction between UI and the Paycheck Protection Program and the continued need for so-called “essential employees”. PPP is designed to support an ongoing relationship between workers and their pre-COVID employers. The employers get loans to cover payroll rather than releasing employees to sign up for unemployment benefits that can be converted to grants if the employer maintains his or her “headcount”. Many employees in PPP-covered firms, especially those at the low end of the wage scale, see a missed opportunity as the enhanced UI pays more than their jobs even if they don’t have to work. That’s a kind of negative incentive, although it’s important to point out that there’s only a small moral difference between not working and getting a check from your employer versus not working and getting an even larger check from the government. Either way, government is subsidizing non-work.

This brings us to the second prong of the enhanced UI incentive problem. Even in the midst of a catastrophic health crisis and economic meltdown, the American economy still needs labor in some categories. The food-supply chain, delivery services like Amazon, and big retail outlets like Walmart and CVS are among those hungry to hire. Theoretically, lower UI benefits might encourage some of the unemployed to go back to work in new jobs in those sectors. But remember the point of the enhanced UI benefits: to encourage people to stay home and protect their health — as well as the health of their families and broader communities. Until that imperative changes, the moral burden is those who argue that, in a dangerous environment, people should be leveraged back into workforce by reducing public subsidies targeted at keeping people safe.

Only time and improvement in the health picture will ultimately resolve this dilemma. Once we have effective medications to treat COVID-19, it will make sense to encourage people to risk a return to work. Only a vaccine and herd immunity can restore normal incentives. An interim measure we might consider is “hazard-pay” that supplements wages for our essential workers and draws people into the temporary jobs that are available. In the meantime, let’s have an anecdote ceasefire which has the main purpose and effect of highlighting tensions between those who can work, usually from home, and those who either can’t work or put themselves at risk by doing so.