Report: The Baltic States Can't Stop the Russian Air Force In a War 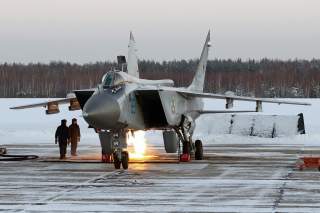 “Land, air and sea movements, however, are vulnerable to the substantial air power Russia has built in the Western Military District and to its long-range Anti-Access/Area Denial capabilities,” says the International Center for Defense and Security. “Air defense is the biggest military capability gap in the region, and while the three states have taken steps to address this, the full range of systems required for comprehensive, layered air defense is prohibitively expensive. This is a concern for the Baltic states, but a vulnerable north-eastern flank should also be a concern for NATO as a whole.”